WLS
By Will Jones
CHICAGO (WLS) -- Some Chicago aldermen want $17 million in unclaimed property tax rebate money to help stop the violence on the streets.

Aldermen and community groups gathered at City Hall Wednesday morning said that they disagree with Mayor Rahm Emanuel on how to spend that money. They said the money could make a big difference in their community by going towards creating jobs, mentoring and expanding school-based counseling and case management programs, and funding to give homeowners rebates when they buy security cameras that police can access during investigations.

"I think the message is pretty clear: that we do not want the money that is accessed from the rebate program to be used for pet projects. We want it to be used directly and solely for violence prevention in our communities," said Ald. Raymond Lopez (15th Ward).

"We have young children at the age of 9 or 10 who are trying to recruit and be gang bangers, OK? The thing is this: we need that money for resources for our schools. Instead of trying to make downtown look so pretty with new trees and putting out new sidewalks and doing whatever he wants to do downtown with that money. That money could come back to us," said Anita Caballero, Brighton Park Neighborhood Council.

A spokesperson for Mayor Emanuel said in a statement Wednesday morning: "We could not agree more that the funds should be used to help improve public safety. That's why some of those funds will expand the police body camera program citywide, rehab vacant homes and create 200 jobs in distressed neighborhoods, and invest in education and jobs for residents in every part of the city. And those investments will build on the massive public safety investments in the 2017 budget: to hire nearly 1,000 officers over the next two years, to make mentoring universal, and to drive economic development in our neighborhoods."
Related topics:
politicschicagoloopstop the violencerahm emanuelchicago violencechicago city councilpoliticschicago police department
Copyright © 2020 WLS-TV. All Rights Reserved.
RELATED 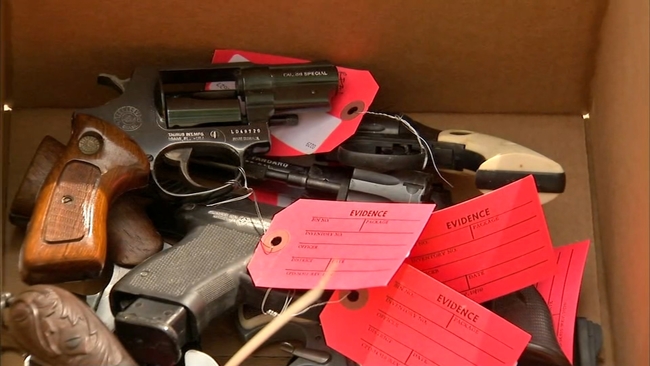