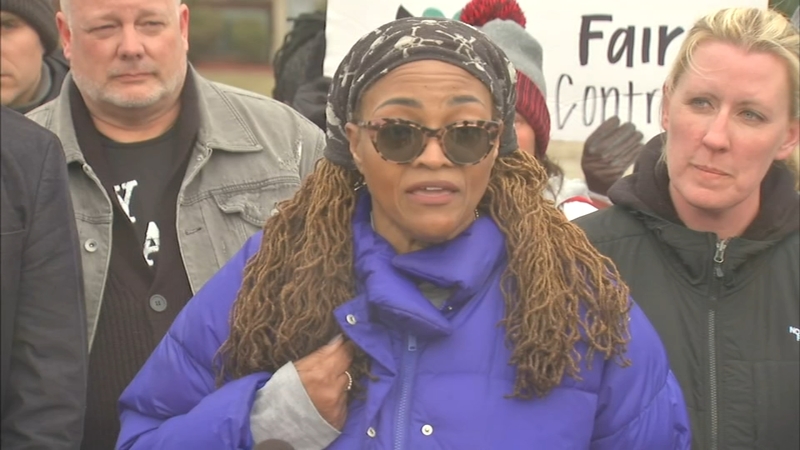 Proviso teachers strike in 10th day after talks break down

At Proviso East in Maywood, classes were canceled yet again on Friday after negotiation talks broke down Thursday.

"We are looking to compromise because we wanted to end the strike today," said Maggie Riley, president of Proviso Teachers' Union.

Both sides are still stuck on salary increases for teachers. Nearly 300 educators in Proviso District 209 have been on strike for two weeks.

That means school has been canceled for 4,200 students at Proviso East, West and Math and Science Academy.

"I'm tired of people that run this board who look like me, hurting students that look like me," said Carissa Gillespie, who has taught for 20 years and is Black.
"If class was in session, you'll see classes ranging from 25 up to 40 students," said Ashley Avila, who has been an English teacher for seven years. "Our physical education classes can have upwards of 65 to 70 students per teacher."

So far, negotiations have become extremely contentious following video that was shared on social media of an encounter between school district Superintendent James Henderson and school board member Claudia Medina in a heated argument over the strike. That, and other accusations of mismanagement, have fueled calls for his ouster.

"Unfortunately, we are one of the lowest paying districts, while our Superintendent Henderson is one of our highest paid administrators," said Angela Lanzillotti, who has taught math for 19 years. "With his salary plus his 100% benefits and his car allowance, he's currently making more than Governor Pritzker."

The teachers union released a statement Thursday night, saying, "today we lowered our wage demand and asked to return to our classrooms for tomorrow. We were rejected outright by the District 209 Board of Education."