Man who attacked R. Kelly in Chicago jail sentenced to life in prison for racketeering, murder 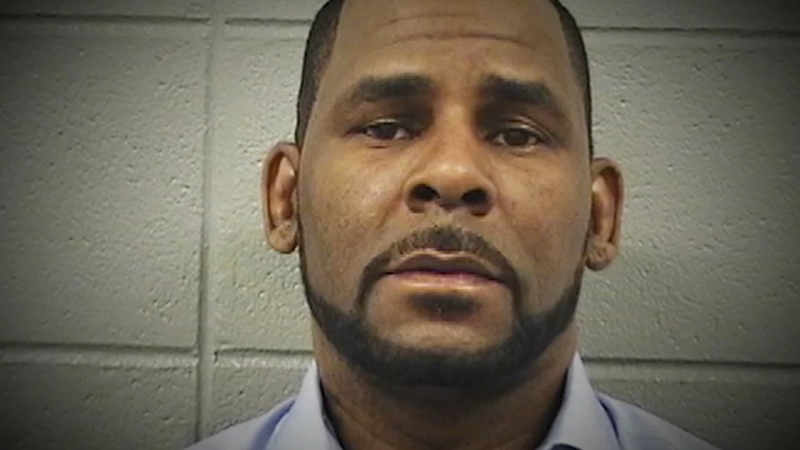 R. Kelly's lawyers say singer's safety is in danger, asks to be released on bond

CHICAGO (WLS) -- A member of the Latin King street gang, who recently attacked R. Kelly in jail, was sentenced to life in prison for a racketeering conviction from two murders.

Jeremiah Farmer, 39, claimed in court records that he was responsible for the August attack against R. Kelly in Chicago's downtown Metropolitan Correctional Center, adding that he did it to bring attention to alleged government corruption.

Following the attack, Farmer was moved to a separate detention facility in Michigan.

A federal judge on Tuesday sentenced Farmer to life for his role in a conspiracy that involved the 1999 murders of Marion Lowry, 74, and Harvey Siegers, 67, who were both beaten to death with a hammer at their Hammond business, Calumet Auto Rebuilders.

Lawyers for R. Kelly claim the R & B star's safety is in danger inside the Chicago facility where he's being held on sexual misconduct charges.

His lawyers point to the recent attack carried out by Farmer.

Farmer allegedly entered Kelly's cell and attacked him, leaving him with cuts and bruises, according to lawyer Steve Greenberg.

The attack caused Kelly physical and emotional harm, according to his lawyers, and they are asking for Kelly to be freed on bond.

Greenberg also called for Kelly to release on bail in August, claiming the prison system can't ensure his safety. A federal judge also previously denied a request from Kelly to be released due to the coronavirus pandemic.

Kelly, 53, is in jail at the Metropolitan Correctional Facility in Chicago and faces charges in Illinois, Minnesota and New York stemming from alleged sexual abuse of girls.

The federal charges in Chicago accuse Kelly of filming himself having sex with underage girls and of paying off potential witnesses in his 2008 trial - at which he was acquitted - to get them to change their stories.

In December, he pleaded not guilty via a video feed to added charges in New York that he schemed to pay for a fake ID for an unnamed female a day before he married R&B singer Aaliyah, then 15, in a secret 1994 ceremony.