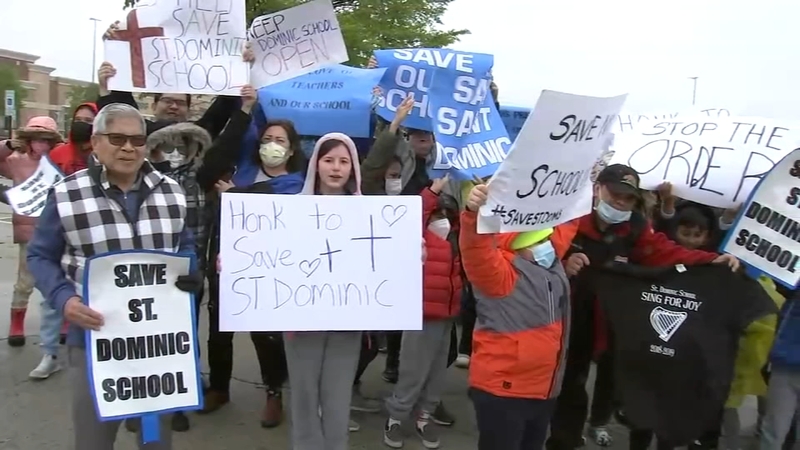 Families were notified last week about the decision and are upset with the Diocese of Joliet.

They held a protest Friday in Crest Hill.

Parents of students at Saint Dominic are protesting the school's closure.

They want answers and said they will do anything they can to fight to keep it open.

In an effort to draw attention to their cause, school parents were protesting to voice their concerns.

"I mean it just really feels like a betrayal that they would just immediately go to closing and not give us an opportunity to do anything to save the school," parent Melissa Caboth said.

The Catholic school in Bolingbrook is closing after more than 50 years at the end of this month. The diocese said it's because of declining enrollment.

The diocese said in a statement:

"Our hearts are heavy today, but leadership at both the diocese and the school have come to the same sad conclusion: The time has come to close St. Dominic Catholic School"

Still, parents are hoping they can change the minds of school leaders, saying if they had more time, they could fundraise and save their school.

"We do know that enrollment dropped, but we still have the summer months where we were going to start getting more kids; we have been getting people signing a petition, getting comments saying, 'hey, we moved to Bolingbrook to go to this school and now you guys are closing,'" parent Iris Alvarado said.