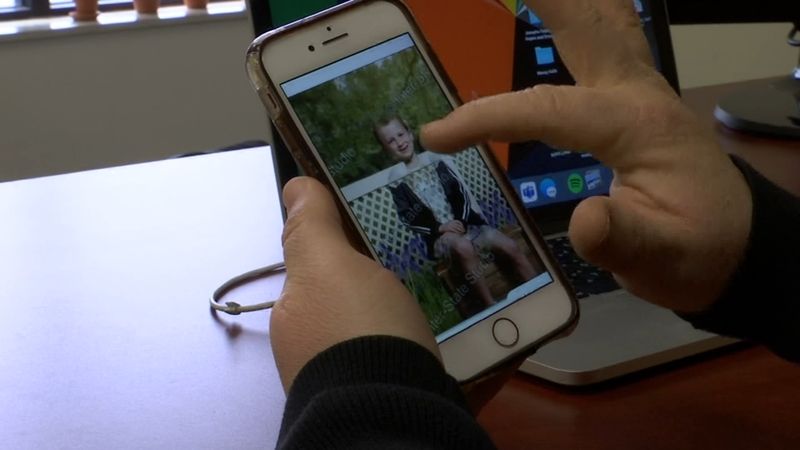 School's photos cause laughs after students disappear into background

INDIANAPOLIS -- Almost every parent has probably forgotten about school picture day. Maybe even regretted what their child wore to school when they saw the photos.

Well, some parents at an Indiana school could have never guessed how their kids' photos would turn out.

"He had a dark green shirt on [and] the top of his hoodie is green, so he turned into a fence here and he had lime green shorts on. So the darker the shirt, the more transparent the background comes through and he had a green Mohawk, but that's completely gone," laughed parent Amanda Snow.

Snow sent her kindergartner, Oliver, to school on St. Patrick's Day ready for a green party, not a green screen.

Now, she can't stop laughing at the photo proofs she received from school picture day.

"So I posted in a local moms group on Facebook, 'Does anyone else have any funny pictures from St. Patrick's Day?' And so many people do. So many good ones," Snow said.

Sugar Grove Elementary had a more formal, official picture day back in the fall. Spring picture day was postponed twice by bad weather and landed on St. Patrick's Day, and well, of course, almost everyone wore green.

"Honestly, I just couldn't wait to see other parents' pictures and it ended up being a hilarious fiasco. Just because it's so funny," Snow said.

One girl became one with the flower bed, another was a boy's head popping out of a farm field, or the boy separated by a dirt road.

Inter-State Studio said it tries to get digital proofs in front of parents quickly and green screen errors are usually caught earlier in an automated stage.

They said the images will be fixed in post-production and appreciate parents having a good sense of humor.

"I might reach out to the company and see if I can get the unedited ones because honestly, they've brought me so much joy and laughter over the last day," Snow said.