Sgt. Marlene Rittmanic's funeral to be held Friday at 10 a.m. in Bourbonnais
WLS
By Liz Nagy and Maher Kawash 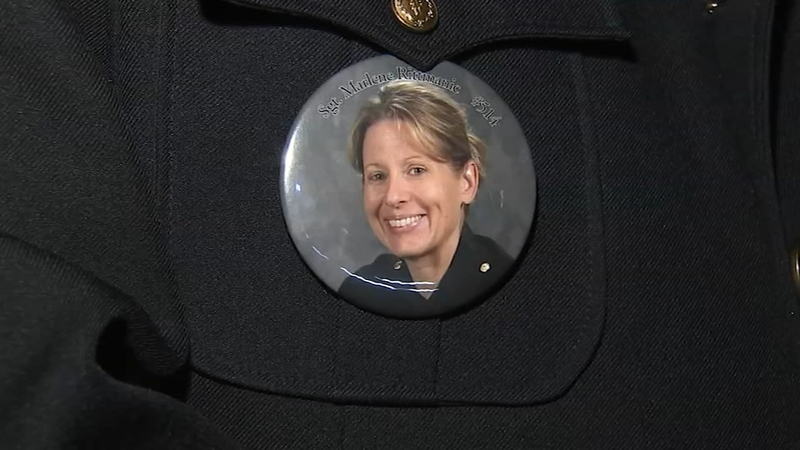 BOURBONNAIS, Ill. (WLS) -- A visitation was held Thursday for Bradley police Sgt. Marlene Rittmanic, who was shot and killed in the line of duty last week in a confrontation that seriously injured her partner.

It was a somber day across Kankakee County as a community honored a fallen hero. In the first procession at Olivet Nazarene University in Bourbonnais, the fallen officer's brothers and sisters walked through to honor her. It was an emotional day for many people across the area. Hundreds of people came by, showing how tight-knit the community can be.

"One of the most tragic things we've seen in a long time," Kankakee Mayor Chris Curtis said.

Curtis joined other residents, community leaders and first responders at Olivet Nazarene to reflect on the legacy of Sgt. Rittmanic and the work she did for the last 14 years.

"We're paying her respect for the number of years she's given to this community as a law enforcement officer and as you can see now the community is coming together to show her respect," said Theodis Pace, president, Kankakee County NAACP.

Hundreds of officers in formal uniform moved in solemn formation toward the chapel to honor their late colleague.

"She was a kind soul," said Sgt. Craig Anderson. "Marlene always had the view of people. She believed the best of everybody."

It was that unbridled belief in basic goodness, her colleagues said, that made the Army veteran and sergeant the best kind of police officer.

As the fallen officer was honored, her injured 27-year-old partner, Tyler Bailey, is still recovering after undergoing life-saving surgery.

Many people are still struggling to understand how a noise complaint at a nearby hotel led to this much tragedy for the two officers.

"It's sad, but what's going on across America is lack of respect for authority and its reality and things we have to face on a daily basis, how we can improve it? That's the question," Pace said.

Everyone showing up had a common message of support for the risk these officers take, and how important they are to the people living here.

Now the community is coming together to never forget its fallen hero.

Sg.t Rittmanic is survived by her wife. Her funeral is set to begin at 10 a.m. Friday morning at Olivet Nazarene.

In the meantime, the investigation into her death continues, with the local state's attorney pursuing federal charges against both suspects.