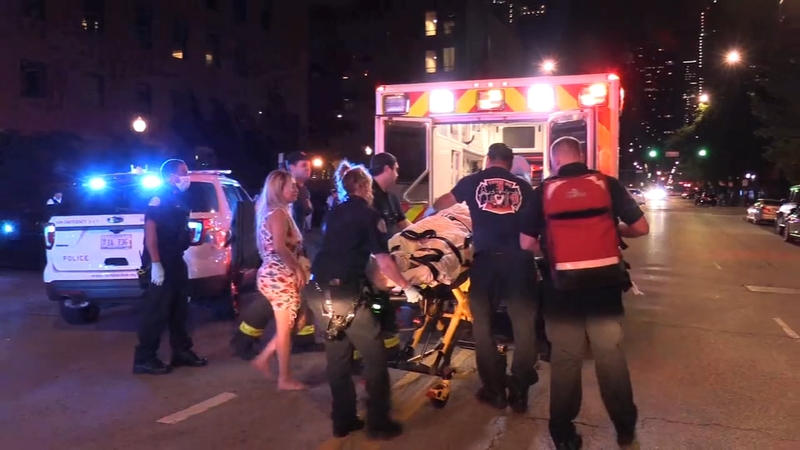 CHICAGO (WLS) -- Two separate shootings happened within hours of each other in the popular River North area.

Police said two people, a man and a woman, were shot near West Chicago Avenue and North Orleans Street overnight. It appears the woman was shot in the leg and the man appears to be shot in the back. Both victims were transported to Northwestern Hospital.

They were standing in an alley when they were shot at around 2:00 a.m. Monday.

Late Sunday night, a 20-year-old woman was seriously injured when she was sitting in a parked car with a man in the 500 block of West Erie Street at around 10:00 p.m.

Police said four people approached them and one of the suspects ran into the vehicle, punching the man in the face. As the suspects walked away, one pulled out a gun and started shooting.

The woman was struck in the back and taken to Northwestern Hospital in serious condition. The man was not shot and is expected to be ok.