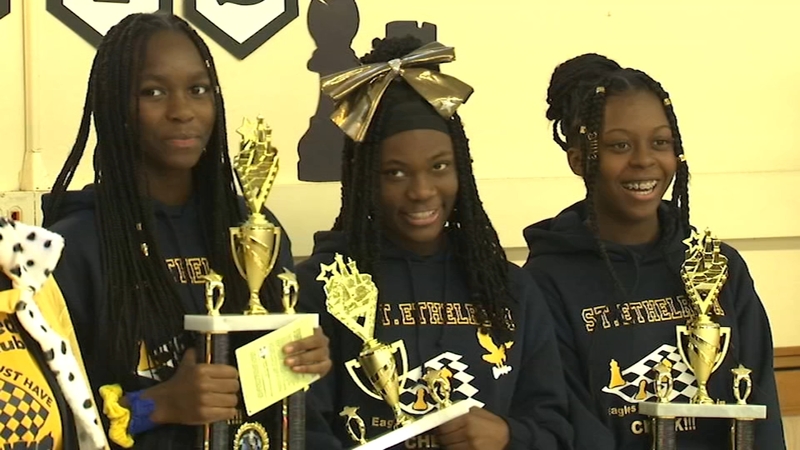 CHICAGO (WLS) -- They're the kings and queens of Illinois: the chess team from St. Ethelreda School on Chicago's South Side just won first place in the state championships.

Chess players are not typically treated to loud cheers and pep rallies, but state champion chess teams also don't typically come from small Catholic schools in the Auburn Gresham neighborhood. But St. Ethelreda is No. 1 after three girls from the chess team placed in the top 10.

"We always thought we were the best team, but now that we hav e the trophy it's proved," said Trechelle Williams, who took fourth place in the state.

The state championship trophy will take its place in the trophy case with others the school has earned for sports teams.

It's a great accomplishment for St. Ethelreda, which a decade ago was on the verge of being closed because of low enrollment. But the principal, Dr. Denise Spells, helped rally the community and enrollment has stabilized.

The state tournament in Peoria last month brought schools from all over to the tables. And for these girls, who have been playing chess for most of their young lives, it was a great test and confidence-builder. But the celebration with their classmates might be the most unforgettable.

"It feels awesome," said Shakira Luster, who took third place in the state.

"It was amazing just to see all of those people come out and support the team in that way," coach Eric Luster said.