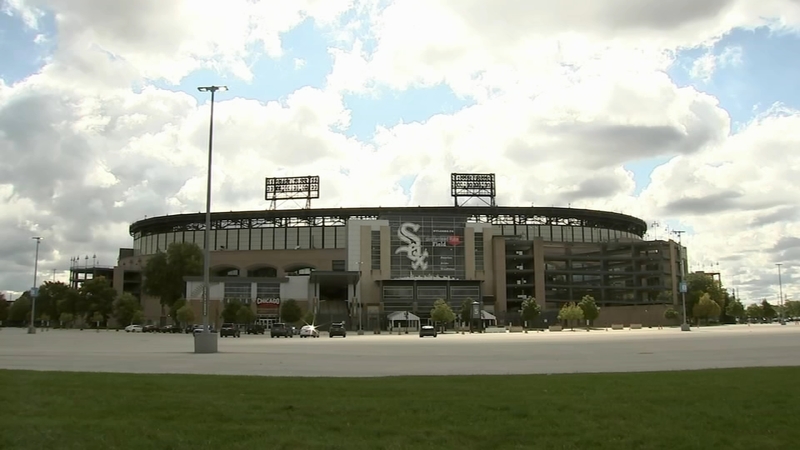 CHICAGO (WLS) -- It is not what we've come to expect for playoff baseball in Chicago. There is no huge crowd hanging on every pitch, and little excitement. But there is baseball on television, and for these fans that's better than the alternative.

"I think it takes our minds off what's going on. It puts a smile on your face," said Carlos Brown, a lifelong Sox fan.

Jim McGlynn brought his family to 115 Bourbon Street to watch the game.

"I wish it was a regular season rather than the shortened season with the people they have on this team," he said.

There were plenty of smiles early as the Sox jump out to a lead. 115 Bourbon Street is a popular sports bar for Sox fans, and would normally be packed on a day like today. Instead the limited capacity is spaced out for social distancing.

"It's definitely not '05. With everything going on, it's pretty quiet and it's an early game," he said.

It's been that way for the entire shortened 60 game season. Sox legend Ron Kittle learned the season was postponed mid-flight, as he was headed to Sox spring training in February. Normally one of the team's ambassadors, this year he hasn't been to the ballpark.

But none of that matters now that the playoffs are here.

"This is a new season right now. It's time to suck it up and play as hard as you can," said Kittle.

Lucas Giolito dazzled in his postseason debut, stymieing the Oakland Athletics through six perfect innings and sending the Chicago White Sox to a 4-1 victory in the opener of their best-of-three wild-card series.

Giolito yelled in delight after striking out the side in the sixth, quickly walking back to the dugout with his arms to his side. The right-hander, who pitched a no-hitter against Pittsburgh on Aug. 25, didn't allow a baserunner to the AL West champions until Tommy La Stella's clean single up the middle to start the seventh.