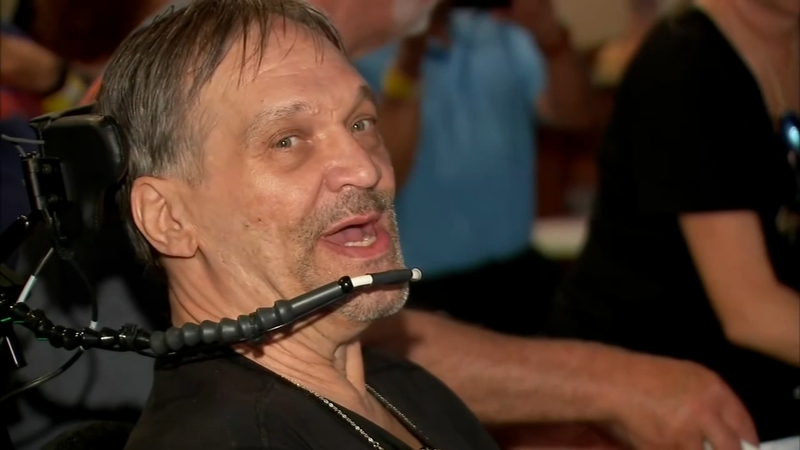 CHICAGO (WLS) -- There is a growing movement among fans and former teammates of Chicago Bears great Steve McMichael to get him elected to the Hall of Fame.

McMichael is battling ALS, but supporters say it's not out of sympathy: he deserves it.

McMichael was truly a monster of the Midway - one of the anchors of what many consider the best defense in NFL history. The defense already has three Hall of Famers, and his teammates say McMichael belongs there, too.

"He deserves it without a doubt," former Chicago Bear and Hall of Famer Richard Dent said. "There's guys in there who have not done what this guy has done."

McMichael is in the College Football Hall of Fame, but those who played alongside him say he did a lot of the dirty work that helped the rest of the defense shine. And there's no better time to honor him.

"For the moment now to be acknowledged as one of the greatest to ever play the game, it would mean everything to him," former Chicago Bear and Hall of Famer Dan Hampton said.

Many sportswriters who have covered his career say his numbers stack up with anyone. Retired sports columnist Fred Mitchell visited him several months ago.

"For him to stand out on a defense full of Hall of Famers already speaks highly of his worthiness," Mitchell said.

Rick Telander of the Chicago Sun-Times visited McMichael a week ago and wrote a column about why he should be in the hall of fame. And he said it has nothing to do with sympathy for his illness.

"He made, put Dan Hampton and Richard Dent in the hall by taking on everything in the middle," Telander said.

"I don't know how they go about voting, but I don't know too many guys that worked harder than Steve," former teammate Jim Osborne said. "The guy came to play."

The eight members of the Pro Football Hall of Fame Class of 2022 are set to be enshrined in August.