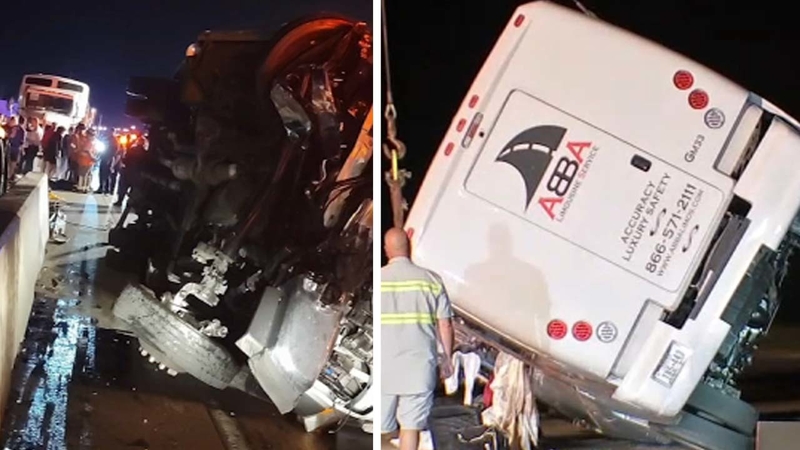 The Waller, Texas Police Department told ABC Houston affiliate KTRK that they were called to the scene, near a Buc-ee's gas station, for a charter bus that overturned.

When authorities arrived, they found the bus on its side and the injured players.

Two people were flown to the hospital with non-life-threatening injuries.

RELATED: Video shows semitrailer nearly crash into Ohio school bus: 'This could have been devastating'

According to officials, everyone onboard was headed home to after a game. It's believed the players are with the Spartans Post Grad Academy.

"I just remember I was watching my Netflix, and then out of nowhere, I hear a noise and the bus goes crazy. My body went loose. I remember I was on the ground when I opened my eyes. It was pretty scary," said student Jacobi Allen.

Officials said one person was trapped and had to be removed from the bus by the fire department.