Parents of teen who died by suicide sue Latin School of Chicago, claiming it ignored cyberbullying 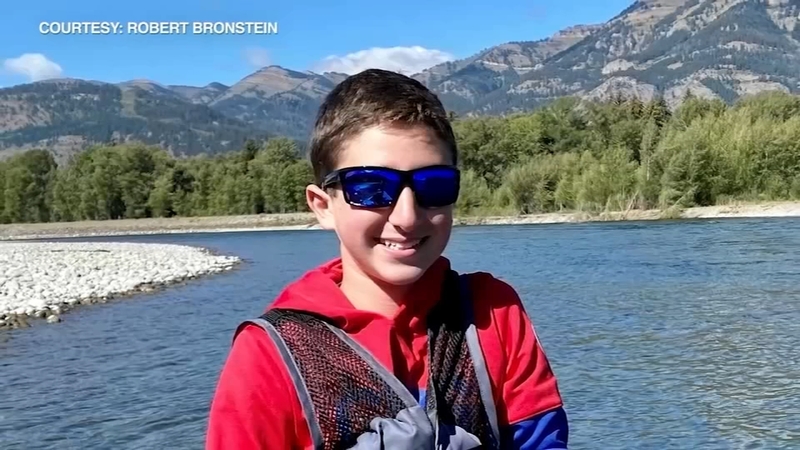 Parents of teen who died by suicide sue his private school

CHICAGO (WLS) -- The parents of a 15-year-old student at Latin School of Chicago who died by suicide are now taking legal action against the school.

Nate Bronstein was a bright, witty 15-year-old who loved everything about sports.

"He was very sweet, very kind," said Rose Bronstein, his mother. "He had a really big heart, he always worried about others."

Rose and Robert Bronstein's only son took his life in January. Nate's suicide followed what his parents say was ongoing cyber bullying from boys at the private Latin School of Chicago.

"He was the subject of a text thread that led to Snapchat and other things that nearly 20 JV basketball players ganging up on him," his father said.

Nate had transferred to Latin last fall. His parents said he thrived at previous school, but his experience at Latin was much different.

"Almost immediately, he was ostracized," his father said. "We knew a little, but not the extent of it."

The Bronsteins said the texting thread culminated with a Snapchat that circulated throughout Latin and other high schools.

SEE ALSO | STOMP Out Bullying panel to educate students on homophobia, racism and hatred
"He received a Snapchat from a student saying, 'go kill yourself," his mother said, "and that student is still in school."

In a 68-page lawsuit against Latin School, its administrators and parents, the Bronsteins said Latin did not do enough to stop the cyberbullying or discipline the students involved.

The Bronsteins said they brought numerous complaints or concerns to the school and they feel they weren't sufficiently addressed.

In response, Latin released a lengthy statement that said: "Our hearts go out to the family, and we wish them healing and peace. With respect to their lawsuit, however, the allegations of wrongdoing by the school officials are inaccurate and misplaced...While we are not, at this time, going to comment on any specific allegation in this difficult matter, the school will vigorously defend itself, its faculty and its staff against these unfounded claims."