Four people are facing hate crime, kidnapping and other charges in connection with the torture of an 18-year-old man with special needs that was streamed live on Facebook.

CHICAGO (WLS) -- Four people were charged Thursday in connection with the brutal torture of an 18-year-old man with special needs that was streamed live on Facebook.

In a press conference Thursday afternoon, Chicago police detectives laid out the timeline of events that led up to a man being tied up, kicked, beaten, yelled at, slashed and forced to drink toilet water - all of which was streamed live on Facebook.

Police said they don't know the motive behind the apparent torture or the suspects' decision to stream it. At one point, the teens, who are black, told the victim, who is white, to say he loves black people.

The suspects also made a string of profane statements about President-elect Donald Trump. At one point, a suspect is heard telling the victim to, "Say f*** Trump b****. F*** Trump. Say F*** Trump."

Police said they investigated the attack as a hate crime and the state's attorney agreed it met those standards by approving the charges.

"Let me be very clear, the actions in that video are reprehensible. That alone with racism have absolutely no place in the city of Chicago or anywhere else for that matter," Chicago Police Supt. Eddie Johnson said.

The victim, who is from northwest suburban Crystal Lake, was reported missing from nearby Streamwood by his parents on Monday. Police said they had not heard from him since Saturday, when they dropped him off at the McDonald's near Schaumburg and Barrington roads to meet up for a sleepover with Hill. Police said the two were "acquaintances" who met at a school in Aurora.

Unbeknownst to the victim, investigators said Hill had stolen a van prior to picking him up at McDonald's. Investigators said the pair then drove around for the next two days, visiting friends and sleeping in the van. It wasn't until Tuesday that police said Hill brought the victim to an apartment in the 3400-block of West Lexington Avenue in the Homan Square neighborhood on Chicago's West Side.

Investigators said the victim told them he got into a "play fight" with Hill that escalated when two of Hill's acquaintances, the Covington sisters, became aggravated with him.

"That's when they tie him up and when the racial slurs and, you know, the deference to his mental capacity starts coming out. That's primarily one of the reasons they were charged with the hate crime," said Cmdr. Kevin Duffin, Chicago Police Dept.

When a downstairs neighbor complained about the noise and threatened to call 911, police said the Covington sisters kicked in her door and stole something. That prompted the neighbor to call police and gave the victim the opportunity to escape, investigators said.

Police said an officer came upon the victim wandering on Lexington on Tuesday evening wearing a tank top inside out and backwards, jean shorts and sandals. He was observed by an officer to be confused and bleeding, who later learned he had been reported missing two days earlier in Streamwood.

Investigators said they do not believe the attack was premeditated, but may have escalated under the influence of drugs and alcohol. Police said they decided to pursue hate crime charges considering the "totality" of the victim's diminished mental capacity, the fact that he was bound, and racist statements made on the video.

Police said the victim is now at home in Crystal Lake and is expected to make a full recovery. His family said they had all seen the video in a brief press conference Thursday evening.

"We're so grateful for all the prayers and efforts that led to the safe return of our brother. We're fully aware of the charges being brought against the offenders. At this time, we ask for continued prayers for all those involved, for our family's privacy as we cope and heal," said David Boyd, the victim's brother-in-law.

When asked about the victim's condition, Boyd said: "He's doing as well as he can be at this time."

A group of West Side ministers spoke out Thursday to condemn the brutal attack. They said they were called to act after hearing from their congregations. They said they will pray for and donate to assist the victim.

"This is not who the West Side is. This is not a representation of the African American race in Chicago at all," said Rev. Ira Acree, Greater St. John Bible Church.

"Sin is a reproach to any people. But we also condemn the use of social media to highlight this," said Rev. Walter Arthur McCray, National Black Evangelical Association.

In an interview with ABC7's Judy Hsu, President Barack Obama addressed the attack, calling it "horrific" and "terrible."

"Part of what technology allows us to see now is the terrible toll that racism and discrimination and hate takes on families and communities. But that's part of how we learn and how we get better. We don't benefit from pretending that racism doesn't exist and hate doesn't exist. We don't benefit form not talking about it. The fact that these things are being surfaced means we can solve them," Obama said.

A Facebook spokesperson released this statement Thursday: "We do not allow people to celebrate or glorify crimes on Facebook and have removed the original video for this reason. In many instances, though, when people share this type of content, they are doing so to condemn violence or raise awareness about it. In that case, the video would be allowed."

Facebook's community standards with regard to Facebook Live state, "We understand the unique challenges of live video. We know it's important to have a responsible approach. That's why we make it easy for people to report live videos to us as they're happening. We have a team on-call 24 hours a day, seven days a week, dedicated to responding to these reports immediately."

All four suspects will appear in bond court around 1:30 p.m. Friday. The victim's family said they have not yet decided if they will attend. For now, they said they're focused on "trying to stick together as a family." 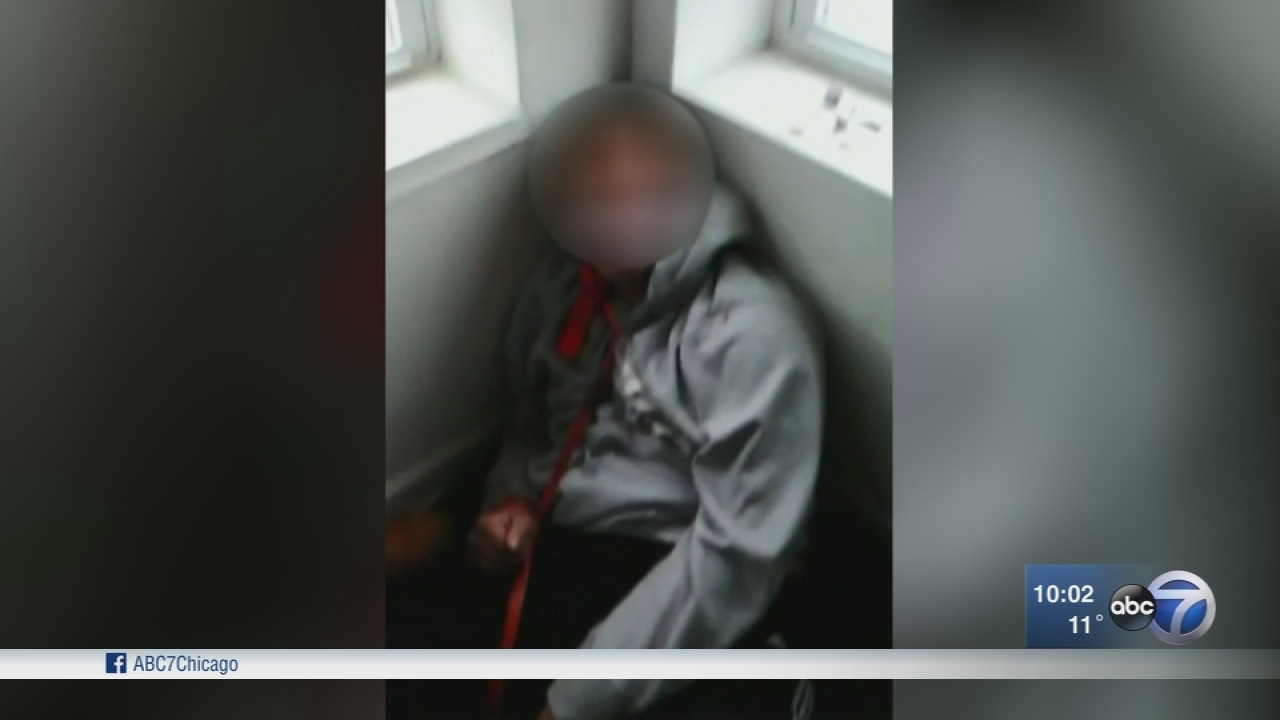 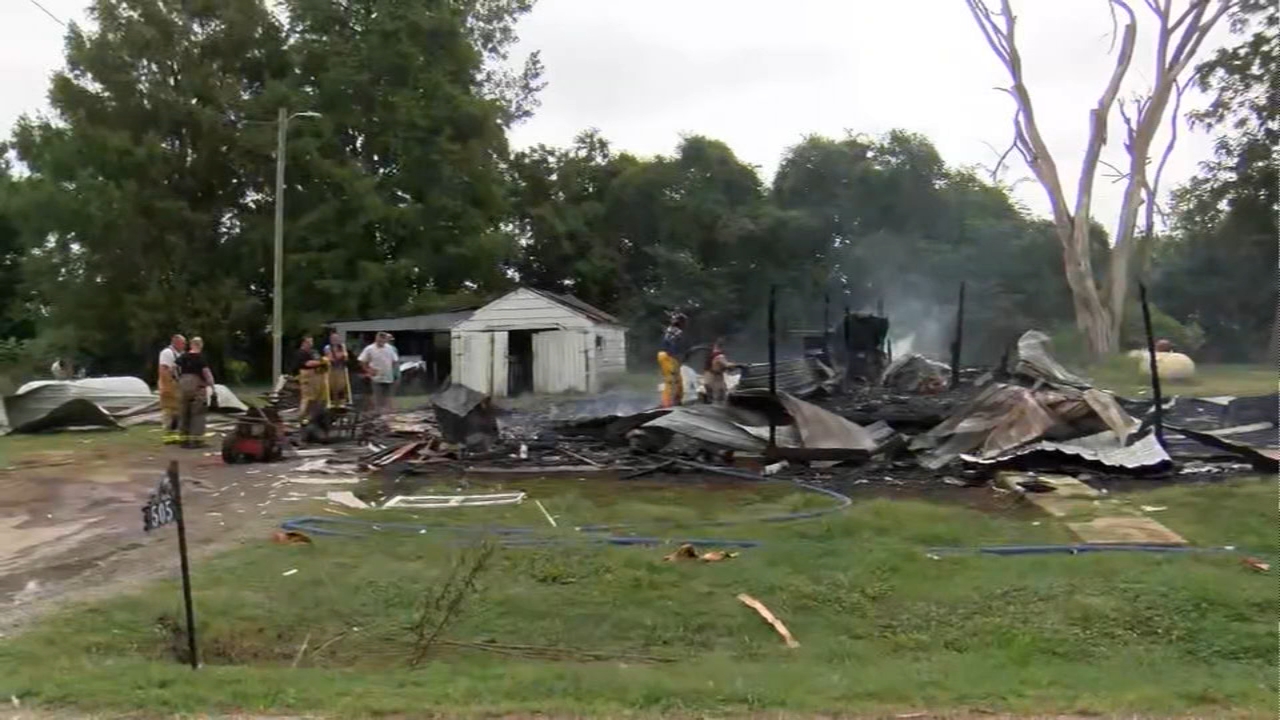