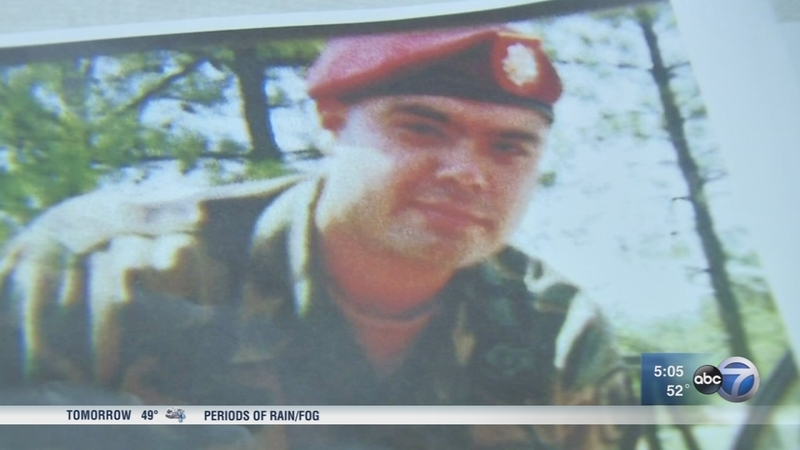 CHICAGO (WLS) -- A deportation hearing was held Monday for an Army veteran who served two tours of duty in Afghanistan and may now be deported to Mexico.

Army Private 1st class Miguel Perez, Jr., who was born in Mexico and grew up in Chicago, told an immigration judge that loves the U.S. and gets chills when he hears the Star Spangled banner.

After the 2.5-hour hearing in Chicago, the judge said she would give a written decision in a few weeks.

Perez, 38, was a legal permanent resident when he joined the Army and said he thought he became a legal U.S. citizen when he enlisted. However, that was not the case.

About four years after leaving the military, Perez served prison time for a felony drug offense which sparked the deportation proceedings.

In the custody of Immigration and Customs Enforcement (ICE), Perez pleaded his case to the judge via a video monitor.

He told the judge that he fears for his life if he is sent back to Mexico.

His attorney, Chris Bergin, said Perez and other veterans who have been sent back to Mexico are targeted.

"Those kind of people are immediately targeted upon entry to Mexico as people who can help criminal gangs, cartels, through their military experience, their weapons training, all that. They are targeted in the sense that, 'You either work for us or we kill you,'" Bergin said.

Perez also suffers from post-traumatic stress disorder and fears he won't get the appropriate medication in Mexico.

Clinging to a flag that their son gave them, Perez's family spoke after the hearing to reporters.

"I love my son, I need my son, my son is my hero," said his mother Esperanza Perez.

Parents of Miguel Perez Jr., a veteran facing deportation, spoke to the public on Feb. 5. 2017.