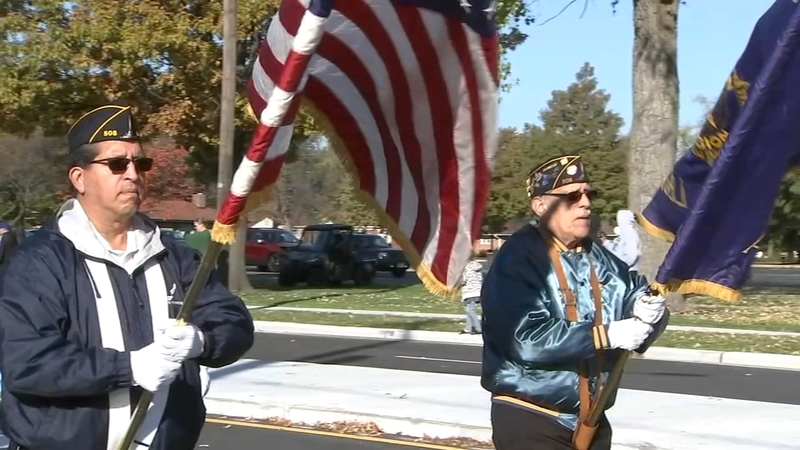 Many veterans have died, many have been injured, disabled have gone for an absolute hell for the freedoms that everybody has here," said Manny Gonzalez, U.S. Air Force Veteran.

The city's recognition of the sacrifices of Gonzalez and all those who have served began Saturday morning with a flyover by the Lima Lima Flight Team before the parade stepped off down 173rd Street.

"We need to show our kids how much we appreciate all the veterans and what they have done for us," said Maria Becerra.

"We're here to appreciate the vets and this is the first time my little grand baby gets to see it," said Hollly Hunter, Hammond resident.

The crowds returned after the pandemic forced the parade to be cancelled last year.

A lot of people, a lot of kids, the streets were lining the entire parade route and this is the largest number of participants I've seen," said Marty Wielgos, Hammond official.

There were cheers for this year's parade and its grand marshal, longtime Hammond city councilman and U.S. Army vet Dan Spitale.

"This bonds all of us together all of us in military do so and friends and relatives," said Spitale.

The parade also celebrated people of color in the military and the Buffalo Soldiers.

"It's the forgotten slaves. It's the soldiers that served in all the military wars," said Tommy Penson, Stagecoach Productions Buffalo Soldiers.