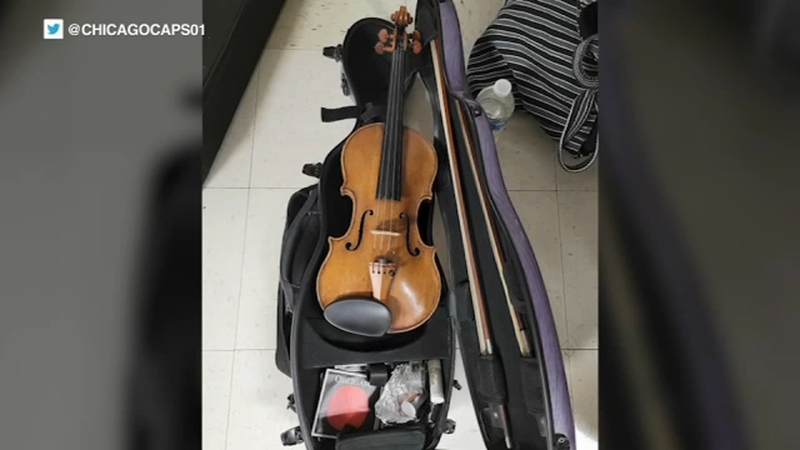 CHICAGO (WLS) -- A violin made in 1758 has been returned after it was stolen in a burglary, Chicago police said.

CPD tweeted a picture of the Nicolo Gagliano violin they recovered. Police said it has been returned to its owner.

The owner of this Nicolo Gagliano violin, made in 1758, is relieved after its safe return. The violin was taken in a burglary. Chicago Police Detectives and Officers worked hard to ensure its safe return. pic.twitter.com/v9aTaKRyg7

It was stolen Saturday around 3:45 a.m. in the 1300-block of South Plymouth Court in Dearborn Park, according to police.

An unknown man gained entry to the residence and allegedly took the violin before taking off in an unknown direction, police said.

No one is in custody at this time and Area Three Detectives are investigating.

Police have not confirmed if it is the same instrument that reported stolen in the South Loop last month from a Chicago musician.