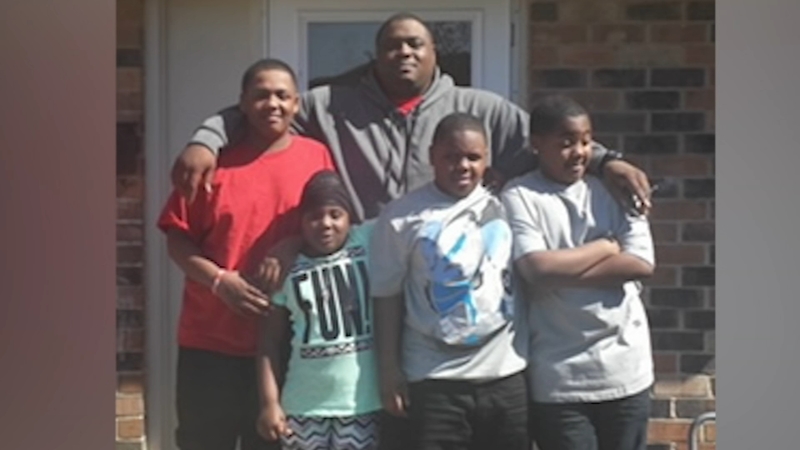 WAUKEGAN, Ill. (WLS) -- A Chicago man is charged with murder after allegedly shooting a father of five to death in a road rage incident in Waukegan.

Police said Brown was rear-ended by a car at about 11:50 p.m. Friday near 8th and Jackson. Police said Brown then got out of his maroon sedan, shot out the tires of Young's SUV and then shot the father of five 10 times.

"He was a family man, he worked hard for his family," said his wife Carolyn McGowan. "He made sure his kids had everything they wanted. He wanted to give them what he didn't have."

Young, a former food service worker, was preparing to open a barber shop with his 19-year-old son Dwayne Young, Jr., who is expecting a daughter in two weeks.

"I didn't get to tell him what I was going to name her, nothing, and he won't be able to meet her, and it breaks my heart, bro," Young, Jr. said.