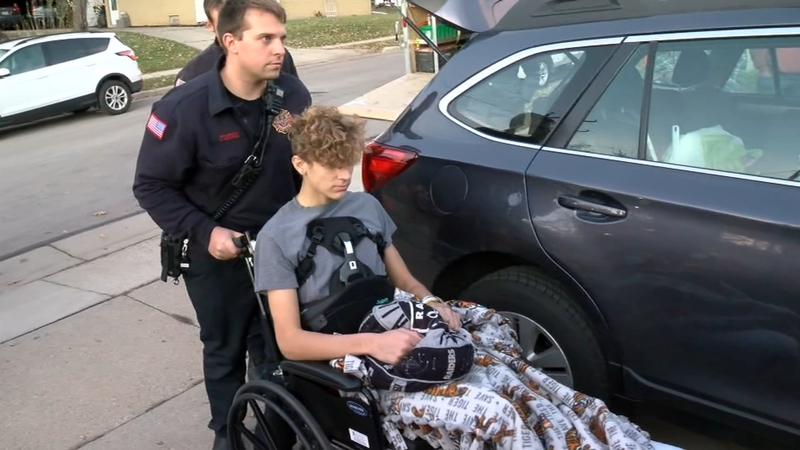 WAUKESHA, Wis. -- One of the teenagers injured during the Waukesha Christmas parade is out of the hospital and back home.

But the road to the recovery for Erick Tiegs is long, WTMJ reported.

A crowd of friends and family stood by for Tiegs' return home.

Tiegs was playing trombone when he was struck.

He suffered a skull fracture and a C-4 vertebrae fracture.

His femur and ribs were broken, his lungs bruised and collapsed.

His father said his son will have to re-learn how to walk.

Earlier in the day, volunteers built a ramp for Tiegs.

His father hopes his son won't have to use it for long.

The boy had planned to play travel baseball this summer.

"He's looking at a lot of doctors' appointments and physical therapy that we're going to have to take him to, and he's going to be going through to try to walk again on his own without use of walker," Donald Tiegs said.

The teen's father is a Caledonia, Wisconsin firefighter, and a fire truck escorted the family home. His coworkers were there to support them.

"You call, they come running, and they won't hesitate. The only thing that holds us back is going on a call for someone else, and that's what we do for a living and that's why we do it," Donald Tiegs said.