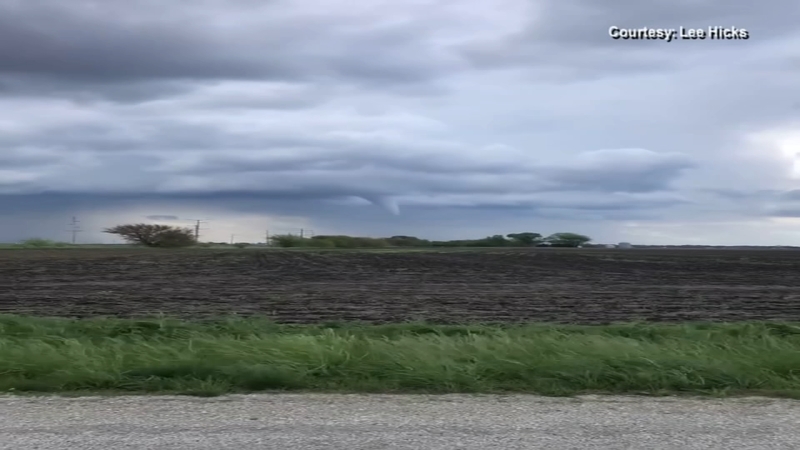 IL children's agency in tornado's path: 'It was pretty shocking'

Several towns in the area are pitching in to help with cleanup.

A children's agency called Kemmerer Village in Assumption, Illinois, which takes care of about 200 kids, providing residential services for surrounding counties, was right in the tornado's path. The agency has been there since 1914.

Executive Director Schales Nagle said when she saw the funnel, concern and fear for the kids were her first thoughts.

An EF-1 tornado with estimated peak winds of 110mph carved a 3-mile path through Rogers Park on Chicago's North Side.

"It was pretty shocking. What's most shocking I think is the damage that it did on our northern end, while the southern end is untouched," Nagle said. "So it's very disconcerting to have something hit this close to home, for sure."

Kemmerer village staffer Brett Beck said lucky is an understatement because, within five minutes, it went from sunny to a tornado, and no one was injured.

"There were over 100 people on campus at the time and nobody got hurt. It's just immeasurable how lucky we were," he said.

Nagle said the cleanup of all the branches will take a few days. But she said she would take damaged trees, cars and buildings any day, compared to what could have happened.

She said a church in Effingham has already called them to donate supplies, so they can get everything fixed sooner rather than later.
Report a correction or typo
Related topics:
weatherillinoisspringfieldwindtornadou.s. & worldsevere weather
TORNADO
La Nina could supercharge tornado season, just like it did to deadly effect in 2011
1 dead after severe storms pound the South
6 dead after tornadoes rip through South
Tornado safety: How to prepare for more dangerous seasons
TOP STORIES
Rockton chemical plant explosion causes major fire, smoke
Carjacking safety tips: What to do if you are in a fake accident
Family of security guard killed in Gary to remember him at White Sox game
45 shot, 3 fatally, in weekend shootings across city
Driver beaten in West Dundee road rage incident dies, police say
8 injured when vehicle plows into crowd at mud race in Texas
Car drives through crowd of protesters in MN, killing woman
Show More
Mayor Lightfoot announces new summer cultural events
What to know about the delta variant first detected in India
IRS says it's working 'as fast as possible' after complaints about tax refund delays
Security guard in custody after critically wounding man during argument near Grand Park
Watch an exclusive clip from Pixar's 'Luca'
More TOP STORIES News