Woman, 18, went missing May 15 after being swept off bridge at Winfield Mounds Forest Preserve
WLS
By ABC 7 Chicago Digital Team 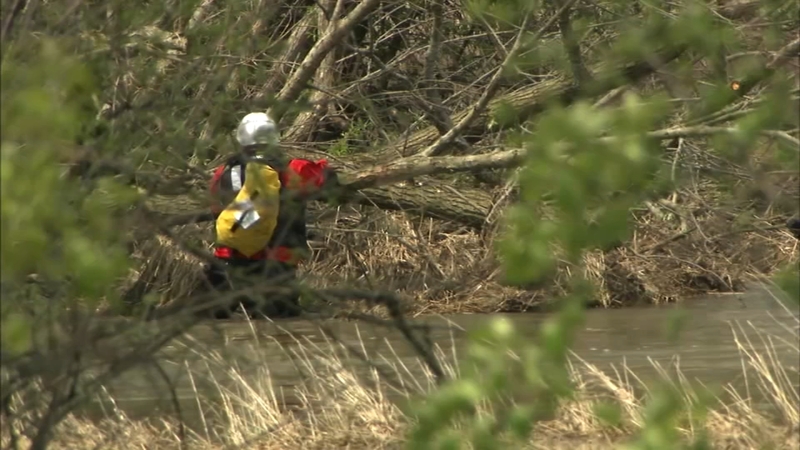 WINFIELD, Ill. (WLS) -- A body found Wednesday in the West Branch of the DuPage River has been identified as the 18-year-old West Chicago woman who went missing earlier this month.

Anna DeJong was last seen May 15, standing on a flooded pedestrian bridge in the Winfield Mounds Forest Preserve.

The woman, who has autism, was swept away by the currents of a rain-swollen DuPage River as she walked her two dogs.

Emergency crews spent much of that night and all of the next day searching the area she was last seen.

"We had helicopters, drones, infrared drones; we have sonar boats in the river equipped with side sonar and bottom sonar boats that are going up and down the river searching for the missing woman," DuPage County Forest Preserve Spokesperson Tony Martinez said at the time.

Searchers said when the suburban resident attempted to cross a flooded-out pedestrian bridge in the forest preserve, she was swept away by the river water.

Her body was found Wednesday in the river near Mack Road, more than 5 miles from where she disappeared, officials said. The DuPage County Coroner's Office identified DeJong. Her preliminary cause of death is drowning.

"On behalf of the Forest Preserve District, I would like to send our sincere condolences to her family and friends," Forest Preserve District Police Chief David Pederson said. "All of us are truly saddened by today's news, and our appreciation goes to all of the first responders and volunteers who worked so tirelessly to find her."

Ralph Grieco and his wife Linda say the pedestrian bridges at Winfield Mounds usually flood after a heavy rain.

"Before the bridge, there was enough water and she may not have realized how deep it was," Ralph said, "She stepped into it and it was so swift."

More than 4 inches of rain fell at O'Hare International Airport May 14, leaving parts of the Chicago-area under flood warnings.

Neighborhood residents said a witness who saw the woman wading across the walkway through the waist-high water tried to save her but couldn't.

"A guy on his bike had seen her, and she was taken away so fast he couldn't help her," Linda said.

"He saw her on the bridge in water waist-high, then saw her swept away," Martinez said. "(He) instructed for her to grab a branch or get away from the current but he lost track and sight of her."

Emergency crews from more than a dozen communities joined the search.

With so much rain recently, the DuPage River is swollen and the current is powerful.

"We have had rescue boats traveling against the current and some stalled because the current has been so strong," Martinez said. "So that just shows you the power of mother nature."

Rescuers managed to find one of the woman's dogs, a Chihuahua, May 15. The second dog, a terrier, was recovered May 21 in the river at Winfield Mounds.

Authorities want to remind everyone of how deceptively dangerous floodwaters can be.