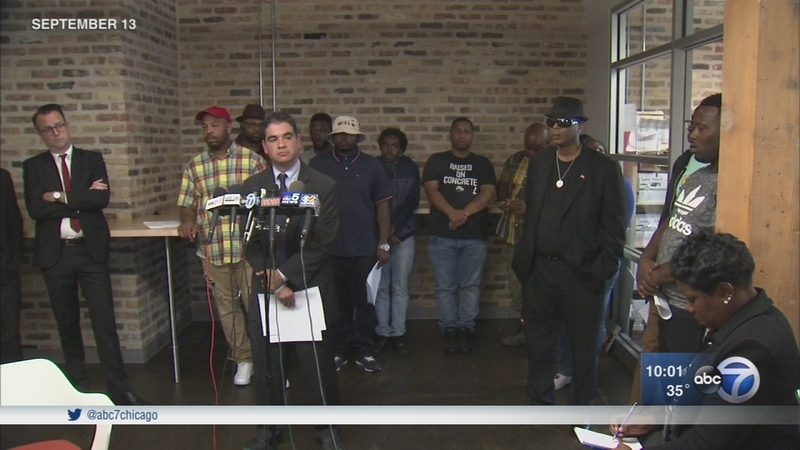 CHICAGO (WLS) -- The spokesperson for the Cook County State's Attorney's office said they will vacate the convictions of 15 defendants Thursday, all of which are connected to arrests made by one former Chicago police sergeant.

Spokesman Robert Foley said State's Attorney Kim Foxx's Conviction Integrity Unit have been reviewing claims of wrongful convictions involving arrests made by Sergeant Ronald Watts and officers working under his command, and found a pattern of narcotics arrests that "raise serious concerns about the validity of the resulting convictions" for 15 defendants.

Foley said the State's Attorney's Office will vacate those convictions.

The Exoneration Project, which filed a consolidated petition requesting the exoneration of the defendants, said charges are expected to be dismissed against the men at a 9:30 a.m. hearing Thursday.

The men have all completed their sentences. The defendants gathered in September to tell their stories of how bogus drug convictions altered their lives.

"I still got situations trying to get jobs, so vindication is not the case here," said Jamar Lewis, who was convicted of a drug crime, at that time.

Thursday they'll be exonerated of a total of 18 drug convictions across the 15 defendants from 2003 to 2008. Some served up to nine years in prison.

"What will be done tomorrow is historic. It's unprecedented in Chicago," said Joshua Tepfer of The Exoneration Project.

The men alleged Watts and his officers planted drugs on them, framed them and then falsified police reports.

Watts and one officer working under him were federally indicted in 2012. They later pleaded guilty and served time in federal prison.

Watts and his crew of District 2 tactical officers patrolled the Ida B. Wells public housing complex in the city's Bronzeville neighborhood. Lawyers for the defendants said Watts ran a drug operation.

"Part of that corruption was the routine framing of citizens," Tepfer said.

When complaints were made to the Chicago Police Department's Office of Professional Standards, they fell on deaf ears.

"I put OPS on him. I never heard back from OPS, and three months later he put another case on me," said Leonard Gipson, who was convicted of drug crimes, at the press conference in September.

"This is something that everybody from top down at the Chicago Police Department and the mayor's office needs to answer to," Tepfer said.

The Exoneration Project said it found 1,000 arrests by Watts and 501 convictions, and that to date 26 of those convictions have been investigated and overturned. The group said it expects to present more cases to the Conviction Integrity Unit for investigation and review.