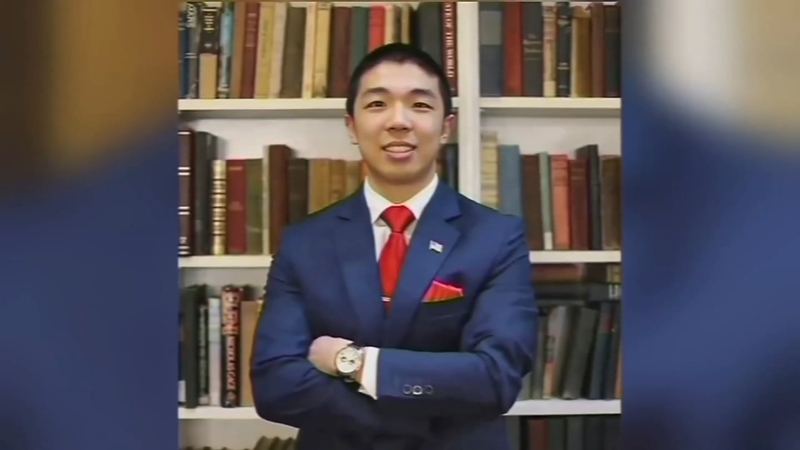 HARTFORD-NEW HAVEN, Conn. -- New details are emerging about the man accused of murdering a Yale graduate student in February after the arrest warrant was released Friday.

New court documents reveal Kevin Jiang, who was shot to death in New Haven, was killed days before his 27th birthday, WFSB reported.

When police arrived to the scene, they said he was suffering from "multiple gunshot wounds to the face." and that "he had been shot at close range."

Pan was on the run for three months and was picked up by U.S. Marshals in Alabama.

He was brought back to Connecticut last month where a judge set a high bond.

A day after Jiang was murdered, court documents show that an Arby's employee called police after he found a handgun, along with magazines, ammunition, a black briefcase, a winter hat, a yellow jacket, license plates and other belongings outside the fast food restaurant in North Haven.

Police believe it all belonged to Pan.

The court documents also reveal Pan used his credit card to reserve a room at the Best Western right next door to the Arby's.

Jiang was a Yale graduate student who from Chicago and recently got engaged.

It was also reported that Jiang's fiancée and Pan knew each other and that they both went to MIT.

She told police they met while attending Christian groups on campus and talked at various event, but were just friends.

She told police, "she did get a feeling that he was interested in her during that time."

A week before Jiang was killed, the couple announced their engagement and posted pictures on social media, which the fiancée and Pan were connected on.

Pan last contacted Jiang's fiancee through Facebook last May when she graduated from MIT.