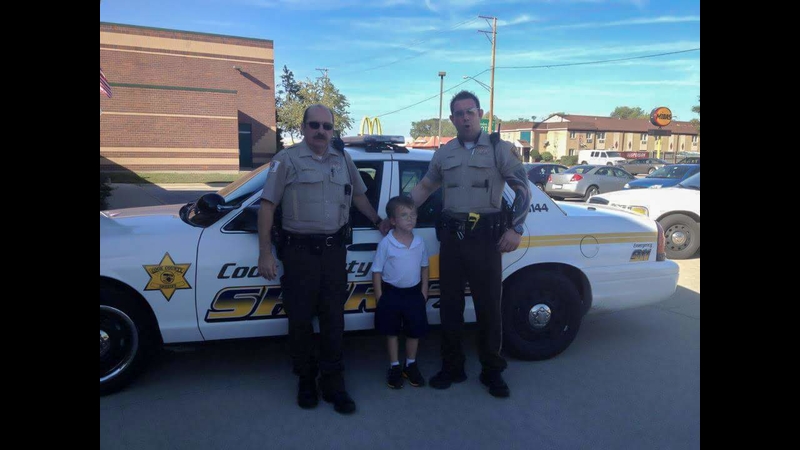 Travis Hall, 13, wasn't even born during the terror attacks on September 11, 2001. Travis came home from preschool at the age of four and asked his dad, who is an officer with the Cook County Sheriff's Office, about what happened that day and learned what his dad and other first responders across the country do to keep their communities safe. Since then he's been doing something remarkable: feeding first responders as a way of honoring them and thanking them for their heroism.

Travis also feeds local homeless people and raises money for the Muscular Distrophy Association, which he does to help first responders who are struggling with diseases as a result of being at Ground Zero on 9/11.