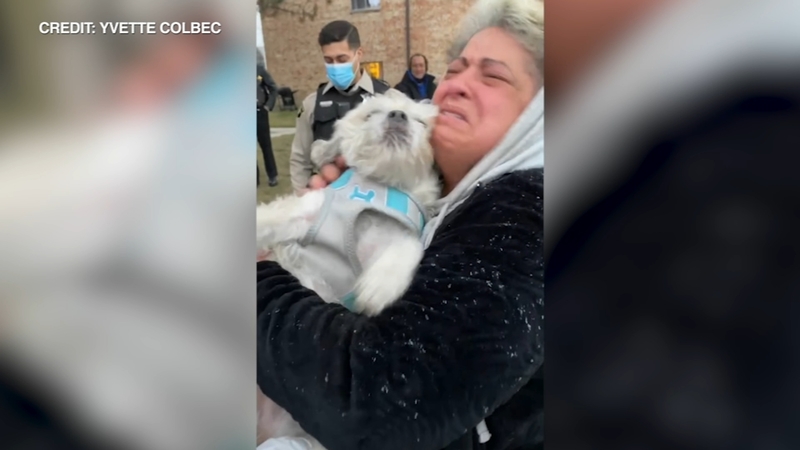 CHICAGO (WLS) -- Elmhurst police said a dog who has been missing since her owner's car was stolen from an Elmhurst parking lot has been found safe and returned. 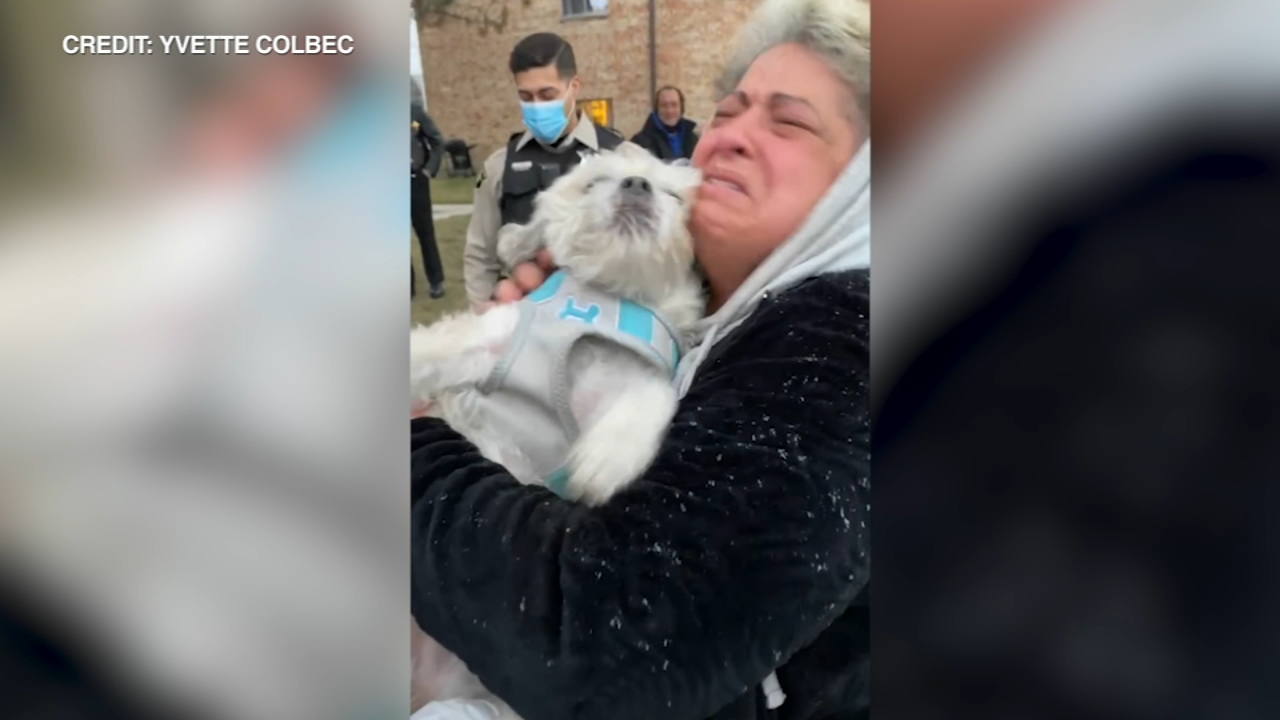 GOOD NEWS! A dog who has been missing since her owner's car was stolen has been found safe and returned.

Elmhurst Police said a white 2004 Pontiac Vibe was taken from outside the At Home store in the Elmhurst Shopping Center parking lot near 265 Rt. 83, at about 9:50 a.m. on Dec. 22. Inside was a tan female terrier shih-tzu mix named Zoey.

Chicago police found the car, but not Zoey, on the city's West Side a couple days later.

Elmhurst police said Tuesday afternoon a woman from Chicago contacted them to say she had found a terrier shih-tzu mix wandering near 13th Street and Kostner a few days ago.

The woman took the dog in and cared for it, and after some research realized it fit the description of the dog missing after the Elmhurst car theft.

Elmhurst police were able to verify with a chip reader that the dog was Zoey. They said she appeared to be in good shape and promptly returned her to her owner, Yvette Colbec.

"She was all over me, kissing me, barking, she was very happy to see me, to see my son," Colbec said.

Colbec said she has not yet met or spoken to the woman who found her dog, but would like the opportunity to thank her personally one day.