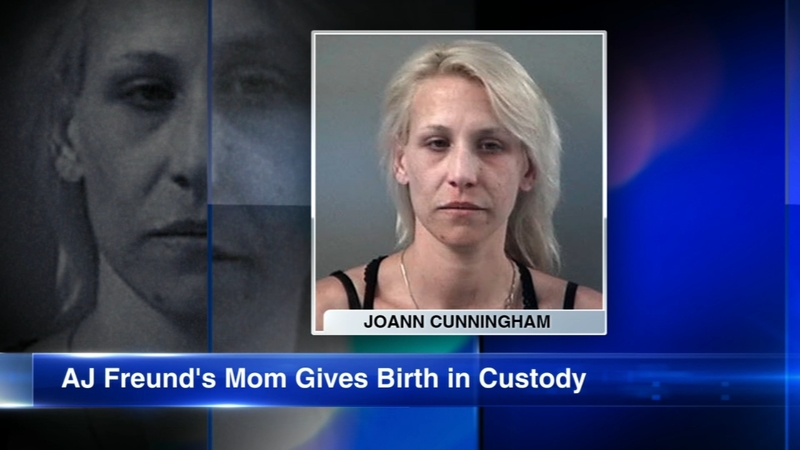 The mother of Crystal Lake murder victim AJ Freund, 5, gave birth in jail while awaiting trial for her son's death.

The Northwest Herald reports that Joann Cunningham gave birth to a girl on May 31.

The baby is being held in protective custody while both Cunningham and her ex-boyfriend Andrew Freund Sr. are being held in connection with AJ Freund's disappearance and death.

Police say the two killed the 5-year-old boy in their Crystal Lake home and then buried his body at a site in Woodstock.