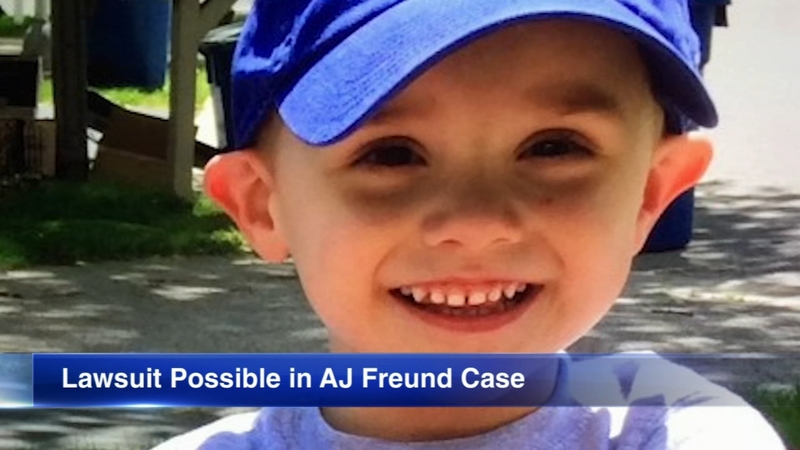 MCHENRY COUNTY, Ill. (WLS) -- A wrongful death lawsuit might be filed against the Illinois Department of Children and Family Services in the case of a slain Crystal Lake boy, whose parents are charged with his fatal beating.

A McHenry County judge appointed a bank Monday to serve as the administrator of 5-year-old Andrew "AJ" Freund's estate, the Daily Herald reported. The appointment would help attorneys for the estate investigate the state's handling of AJ's case.

The boy was found dead in in a shallow grave in Woodstock, IL in April.

His parents, Joann Cunningham, 36, and Andrew Freund, Sr., 60. of Crystal Lake are charged with murder. They both remain in McHenry County Jail on $5 million bail. Each has pleaded not guilty.