wls
By ABC7
November 17, 2009 (CHICAGO) The plastics industry trade show says it will move to Orlando, Florida after almost four decades in Chicago.

Just last week, an annual healthcare trade conference announced it is moving to Las Vegas. Both group say the moves will save money.

A tourism booster defends the high cost of McCormick Place by saying the choice convention planners have is a bit like picking fast food or a five star restaurant. The cost is different, but so is the experience.

It's an argument that worked for Chicago for years but now, everyone from Mayor Daley on down admits the McCormick Place price model is broken.

These days cost is the number one concern for conventioneers.

"I just always know it's going to cost me more when I come to Chicago, that's part of it," said Mark Beithe, convention attendee.

The plastics industry has held its trade show in Chicago since 1971. Now they're leaving town. The trade group that puts on the convention determined moving the show to Orlando will save as much as $20 million.

The head of the organization that runs McCormick Place is facing a big budget deficit. He's cut 20 percent of the staff and wrung "some" concessions from the labor unions, but not nearly enough to make Chicago competitive on price with Las Vegas and Orlando.

Case in point: A plastics exhibitor vented on a trade group website that when he ordered four cases of Pepsi for his booth, McCormick Place hit him with a bill for $345.39. Click here for more info on soda prices at McCormick Place

"These are the industry standards," said Ochoa.

The sticker price of soda aside, it's the labor costs at McCormick Place that rile most exhibitors.

One at the recently departed Health Care Information show said the electrical services bill in Chicago reached $40,000. In Orlando, the same work costs $4,000.

"McCormick Place has had a difficult chore in getting and keeping shows unless they get their costs down. It's as simple as that," said Daley.

"When we talked about shift changes....we've stepped up," said Dennis Gannon, Chicago Federation of Labor.

They may have to step up again.

On Wednesday, union leaders and other service providers will meet to talk about ways to keep Chicago competitive in the convention business.

Back to the cost of a case of Pepsi: McCormick place just sent over this cost breakdown: $63 for the actual pop; $13 gratuity; $9 tax; and $50 deliver charge.

Still, they call their cost for beverages competitive with other cities. 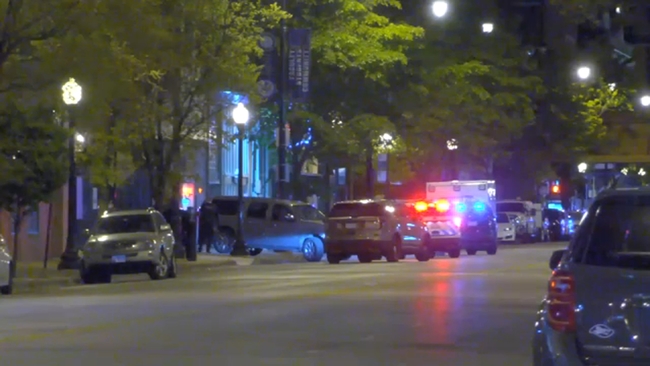