Dangerous Cold: How to prepare for winter storms, extreme cold | Winter driving tips | Health, safety tips | Protecting your pets | What you need in your car | What you need to do at home | Chicago Warming Centers

The city and closest suburbs may not be under a Wind Chill Advisory, but it's still freezing cold outside. The advisory goes into effect at 9 p.m. for McHenry County and Kane County.

"Outlying areas will get the worst," ABC7 Meteorologist Mike Caplan said. "Wind chills will be worse than minus 20."

Temps could drop to -14 in some of the suburbs, like Sugar Grove. The city should hover around -1. Friday's high is 11.

No snow is in the forecast until Saturday, and then only 1 to 3 inches is expected. But that's on top the several inches that accumulated Wednesday. Chicagoans and suburbanites alike are still digging out.

Snow piles up with nowhere to put it

Since December 1, we have had 58.7 inches of snow. For many communities, the problem is where to put it, and snow piles are becoming problematic.

In the Downers Grove train station parking lot, plows pushed the snow covering half of this handicapped spot. Near the post office, another pile of snow blocks an entire handicapped parking space. And library spaces are quite small, thanks to more snow.

Using handicapping parking spaces as a dumping ground for snow is something UCP Seguin, an agency for people with disabilities, fights every winter.

"We use them all the time, everywhere we go. Sometimes we have several people in one of our vans need to go out and do community activities, so it's very important for those spots to be clear," said Sammy Gutierrez, UCP Seguin Services.

Not only important, state law says: "No property owner shall allow any unreasonable obstruction of a designated aisle or parking place specifically reserved for persons with disabilities after 24 hours following the conclusion of an adverse weather event."

The snow has long stopped in Downers Grove and a handful of handicapped spaces are still blocked.

"We are still in the snow operations mode, we are removing snow from downtown, which is a compact area, and it requires us to pile up snow only briefly and move it out quickly as we can," said Doug Kozlowski, spokesperson, Village of Downers Grove.

Downers Grove trucks are moving the snow to a big empty space at its public works department, and crews are working quickly-- but it's not quickly enough for people who need the spots.

"It is a huge hardship when snow is placed in accessible spots," said Gutierrez.

Some commuters never have to brave the cold. Pamela Weatherly is one of them. She uses Chicago's pedway system- which connects more than 50 buildings through underground tunnels and overhead bridges- to stay indoors.

"I come from Millennium Park and I walk the pedway all the way to my job," Pamela Weatherly said.

"I can tell when it's snowing, it's raining, because tons of people come rushing by here," Celeste Garcia said.

"More and more people are moving downtown and the Loop, and they're starting to find us. [The pedway] is actually a wonderful way to get from the east side of the Loop to City Hall," John Fleming, barber, said.

The pedway began in the 1950s as a way to connect the CTA's Red and Blue lines. Amanda Scotese of Chicago Detours gives pedway tours.

"It's really interesting on a level of navigating the city and kind of finding out that there's a different way to navigate Chicago," Scotese said.

Thanks to the weather, the pedway is becoming one of the city's worst kept secrets.

"Best thing since bubblegum," Henry Hill said. "I don't have a coat on. I've been on Madison Street, now I'm going back to the Daley Center. 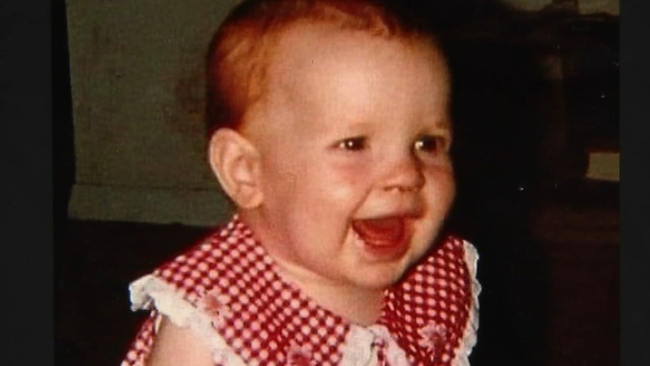