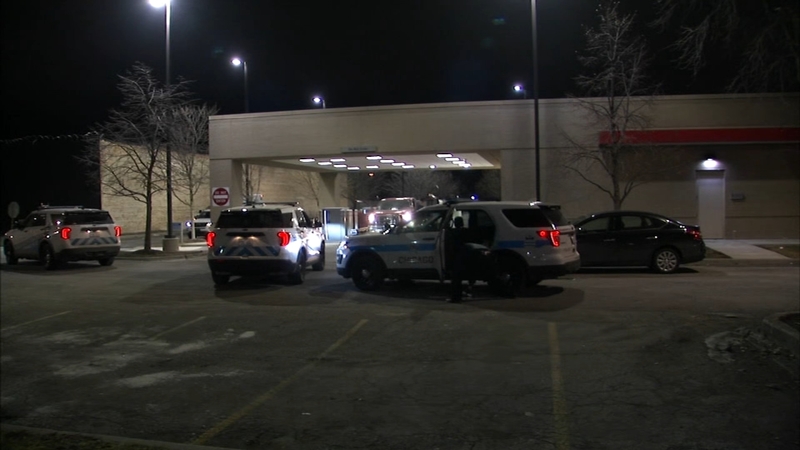 CHICAGO (WLS) -- Chicago police said five people tried to rip an ATM out of the ground early Thursday morning at a Chatham bank where a security guard was killed last year.

Five male suspects tried to drive off with an ATM by attaching a cable to a red Ford pick-up truck about 3 a.m., according to CPD. The ATM was located at a Bank of America branch in the 200-block of West 83rd Street.

The would-be thieves were not successful and drove away in another unknown vehicle, Chicago police said.

There is no one in custody, and Area Two detectives are investigating.

In November 2021, an armored truck security guard was shot and killed at the same bank. A group of male suspects had approached the 47-year-old woman and a 46-year-old man, who were loading an ATM with cash, and demanded money before shooting both of them, CPD said.

Two men were later charged in connection with the incident.