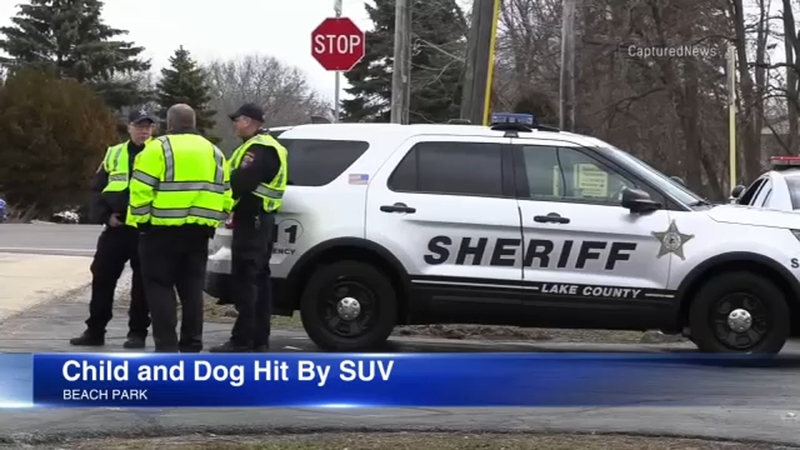 LAKE COUNTY, Ill. (WLS) -- A 7-year-old boy was critically hurt, and a dog was killed, when they were hit by an SUV Friday in far north suburban Beach Park.

The child and dog were struck by a silver 2005 Ford Explorer around 9:30 a.m. on Sheridan Road north of Chaney Avenue , according to the Lake County (IL) Sheriff's Office.

The child was being transferred to Lurie Children's hospital in critical condition.

The 29-year-old driver did stop at the scene and was not hurt. The Sheriff's office also said the driver is cooperating with the investigation.