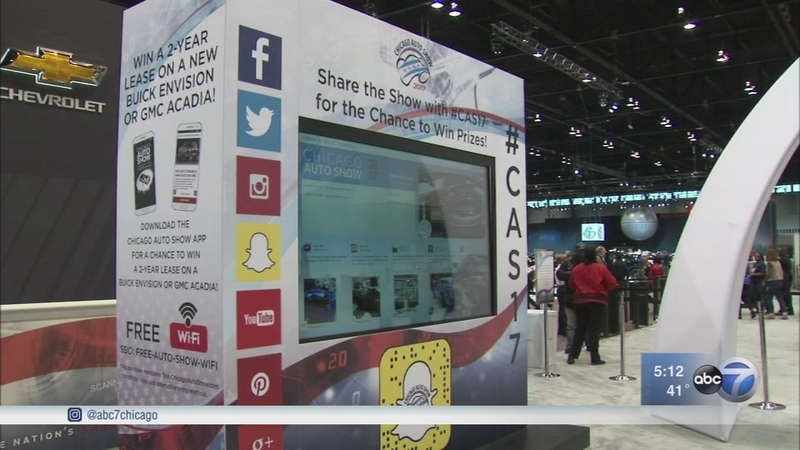 CHICAGO (WLS) -- It's the hottest ticket in town for car lovers.

The Chicago Auto Show is in full swing at McCormick Place.

Social media is playing a big role in this year's show.

Justin Ehlers snapped pictures of the cars - well, maybe just the models in front of the cars - to send out of on Snapchat. The 17-year-old from Fort Wayne, Ind., says he had no interest in coming to the auto show before seeing some of his friend's posts.

That's the kind of marketing organizers of the country's largest auto show simply can't buy. And that's one reason they are encouraging as much social media as they can get.

Everywhere you look around the auto show, people are snapping pictures on their smart phones. And the auto show folks are encouraging them to share those pictures by offering prizes.

Perhaps nowhere are the cameras in use more than on the test tracks. Nearly everyone snaps a shot of the see-saw ramp on the Mercedes track.

At the Jeep track, they take photos of you during the ride and email them to you later, encouraging you to post them to social media. Not only does it promote the brand, but it encourages more people to come to the show.

PHOTOS: Concept and Technology Garage at the 2017 Chicago Auto Show