Have you ever been caught talking behind someone's back? 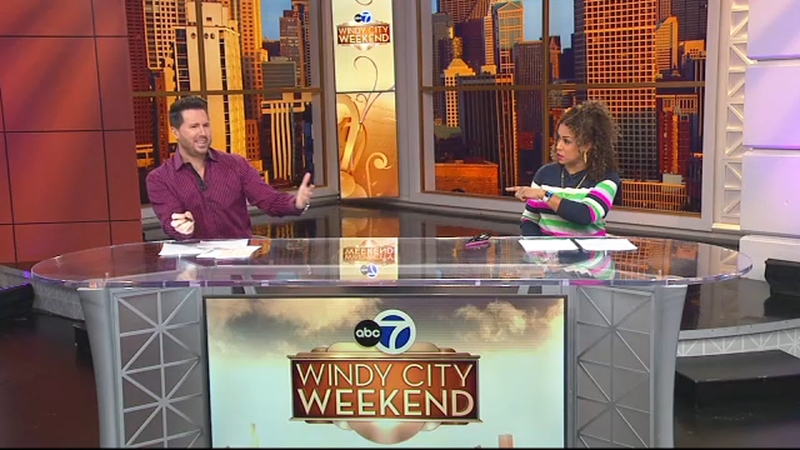 Have you ever been caught talking behind someone's back?

CHICAGO (WLS) -- This week on Windy City Weekend, Val and Ryan talk about the Bears hiring a new head coach!

Also, Val's son Max is stepping into his own as a track star! Ryan challenges Max to a future race!

Plus, President Joe Biden gets caught cursing Fox News reporter on a hot mic. The hosts talk about the times they've been caught talking about someone.

And, what does an ideal partner look like? Val and Ryan break down the top signs that your husband is a keeper!

Now, instead of mourning in silence, Harris' family and friends are turning tragedy into legacy by continuing the work of his nonprofit.

Last summer, 24-year-old Dashaun Harris was shot and killed in the South Loop. Before his untimely death, Harris was the CEO and founder of the unofficial non-profit, Project HardKnocks. The initial mission of Project HardKnocks was to host a food drive on Thanksgiving.

"He created it five years back. Pretty much, he just saw a lot of problems throughout our community and stepped up to help," Harris's friend and Project HardKnocks organizer, Nersa Backstrom said.

Now, instead of mourning in silence, Harris' family and friends are turning tragedy into a legacy by continuing the work of his nonprofit. Last Thanksgiving with the help of close to 200 volunteers, Project HardKnocks donated winter clothes to several local nonprofits and fed the homeless on the city's south side. Harris's friend and Project HardKnocks organizer, Brian Simmons, said the goal now is to transform Project HardKnocks into an official nonprofit.

Janet - SPEND
This year marks the 40th anniversary of Janet Jackson's first album. To celebrate, Janet is telling her story in this two-part documentary.

The Fallout - SPEND
The Fallout follows a student dealing with the aftermath of a shooting at her high school, starring Jenny Ortega, Julie Bowen, Shailene Woodley and Maddie Ziegler.