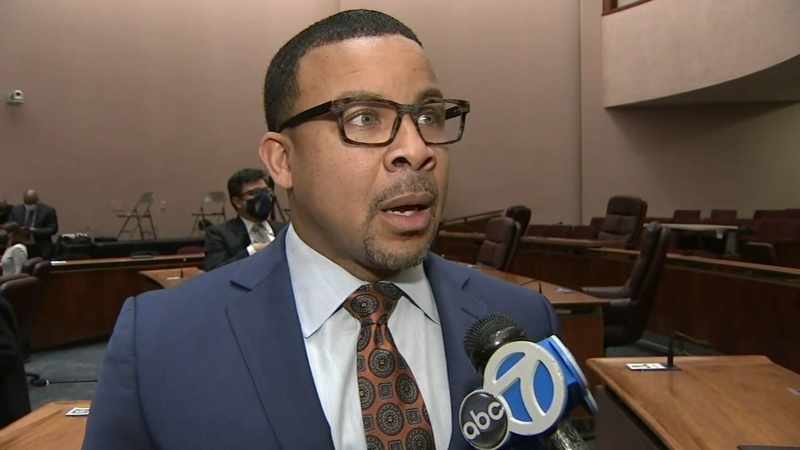 CHICAGO (WLS) -- Alderman Michael Scott Jr., of the 24th Ward, announced Tuesday morning he is resigning from his position.

In a statement, Scott called his aldermanic role the "greatest honor" of his life.

He said the ward, which encompasses much of the Lawndale neighborhood, is poised for a major renaissance; although, it has seen its share of losses, including public safety, resources and the COVID pandemic.

"I have personally worked extremely hard to address these issues, and at times at the detriment of my own family. And after much thought and consideration, I have made the difficult decision to resign from my elected role of Alderman," he said.

Scott's resignation will be effective June 3.

Later Tuesday afternoon, it was announced Scott will be joining Cinespace Studios for the position of director of industry and community relations

"Cinespace Studios is an important part of the local film and television infrastructure. I am excited to join the organization and help lead efforts with our partners that will bring meaningful impact to our community," said Scott.

He's hoping to give his appointed successor a leg up in the aldermanic election just nine months away. But he refused to say whom, if anybody, he is recommending Lightfoot appoint to replace him.

"I have three children - two that are under the age of 12 that I have not been able to spend a good portion of time with because of the demands of a life of an alderman," said Scott, 46. "Being at home with them every day over COVID, I was able to see that I was not able to pour as much as I think that I should into raising my two boys. When this opportunity afforded itself, I wanted to make sure I was being unselfish in relation to my family and giving them more access to me."