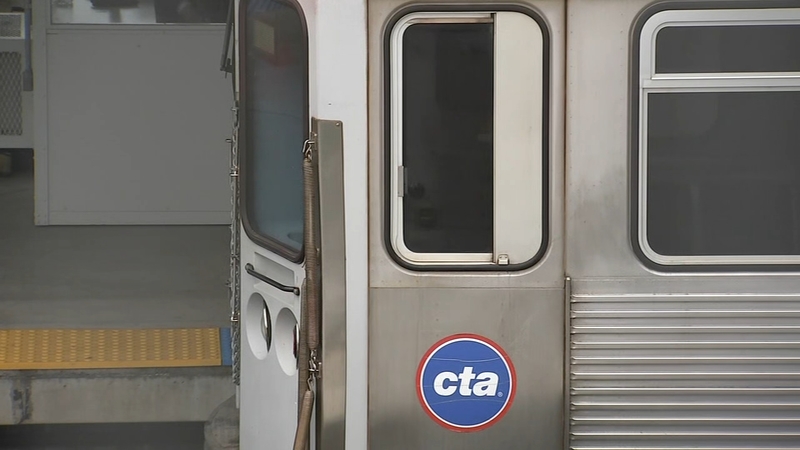 CHICAGO (WLS) -- The CTA board acknowledged safety concerns in a meeting Wednesday, but there are still questions over what to do to stem the tide.

Senator Dick Durbin (D-IL) and U.S. Rep. Chuy Garcia (D-IL 4th District) sent a letter to the CTA Tuesday calling on it to do more to ensure the safety of both passengers and employees.

It comes at a time when the city estimates violent crime on the system is up 17% compared to last year.

Durbin elaborated on the letter while speaking at Silver Cross Hospital in New Lenox Wednesday.

"Imagine your vulnerability as a CTA bus driver pulling over in the dark of night and opening your door to anyone who cares to enter," Durbin said. "We're going to work with them. It's not an adversarial situation. We want to be honest about dealing with this and if we can, at the federal level, the House and Senate come up with resources to supplement the efforts for safety on the CTA."

In its monthly meeting Wednesday, the CTA board did not directly address the letter, but did acknowledge the need to publicly disclose the steps that are being taken to improve the current situation in coordination with the Chicago Police Department.

"I think it would be very helpful to the board and to our ridership to receive an update on summer security plans from the Chicago Police Department at our next meeting," CTA Board Chairman Lester Barclay said.

But are there other out-of-the-box solutions to the problem of safety on the CTA? On Wednesday, violence interrupters in partnership with a handful of private security firms offered their services to ride the Red Line trains from 95th Street into downtown, eight hours a day, during the work week.

"It shouldn't have to be just the police," said Andre Hart, owner of 300 Elite Protection. "We as citizens. We as an industry should be able to take the chance and the time and unifying for standing up for what's right."