The city responded, saying the are 'working closely with gas station owners'
WLS
By Maher Kawash 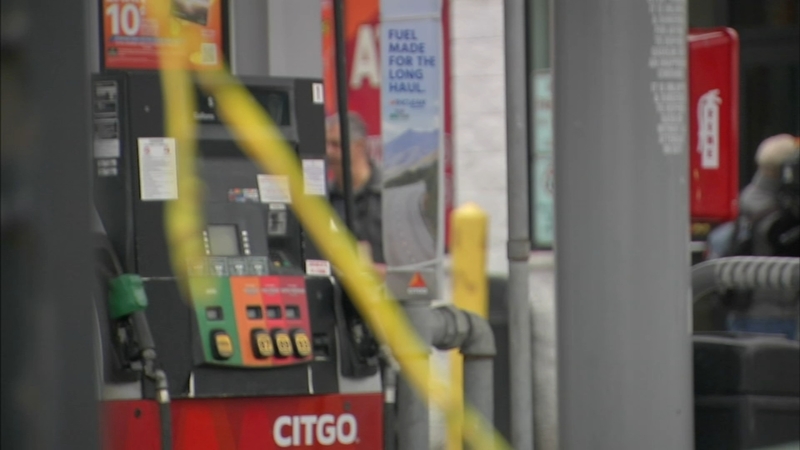 CHICAGO (WLS) -- The owners of some gas stations in Chicago say they are paying the price for crime that happens at or near their businesses.

They said they have been left with notices on their doors after Chicago police shut them down for days after a crime happens on or near the property.

"We felt kind of betrayed because we complied with everything they told us. We gave them the video," said gas station owner Ahmed Mohsin.

The Arab American Chamber of Commerce gathered Thursday with gas station owners from all across the city, claiming the city is targeting Arab-American store owners.

Mohsin's Citgo near West Chicago and North Hamlin avenues is one example of that. His store has been shut down since Monday after a man was shot and killed there.

The store said it voluntarily closed for two days and provided police with this surveillance video. ABC7 has frozen that surveillance video right before a man fires off several rounds, killing a 32-year-old man.

The city said the police superintendent has the authority to close businesses if there is a threat to public safety, adding that it closed this Citgo using that authority.

But the group wonders why the store still remains closed.

"Why is this store being closed? What did they have to do with the crime," asked Ray Hanania with the Arab American Chamber of Commerce. "It's been two days. How long does it take to investigate?"

These gas station owners all across the city said they're a victim of the neighborhood their shops are in, so they've added the proper security with all these cameras posted. But even with that protection, they said the city is still wrongfully shutting them down for days.

"Without a reason. Just a sticker -- they don't tell us why," said Mohsin. "We have to ask for a hearing and a hearing could take them five days. Meanwhile, we're closed for five days and I have employees asking if they can come back and I have no answer for them."

The city released a lengthy statement to ABC7 that said:

"The City of Chicago is committed to the highest level of public safety at buildings and businesses to ensure safe and legal operations throughout the city. The City works to strengthen commercial corridors, enhance neighborhood vitality and provide business support programs and services through robust and equitable economic development initiatives.

The City has been working closely with gas station owners to ensure compliance with the Municipal Code of Chicago. A few months ago, several senior departmental leaders from the Chicago Department of Buildings (DOB), Chicago Department of Business Affairs & Consumer Protection (BACP), and the Chicago Police Department (CPD) hosted a round table for these very businesses. As a follow-up to the requests from the business owners, the City is providing business liaison teams and code checklists to businesses to engage on affirmative compliance.

BACP investigators inspect businesses and issue violations, where necessary, to ensure compliance with City laws. BACP has an Active Compliance Program (ACP) which focuses on overall compliance, but emphasizes in tobacco sales to minors and unstamped tobacco for gas station operators. In 2021, BACP conducted 51 visits to gas stations under the ACP. Also, BACP is part of the Business Compliance Task Force, a coordinated, multi-agency Task Force in collaboration with the Chicago Police Department, Chicago Fire Department, and the Chicago Department of Buildings to prevent egregious and dangerous violations of the Municipal Code of Chicago.

The Citgo located at 3759 W. Chicago., has a current Tobacco, Retail Food Establishment and Filing Station business license. Since 2004, BACP issued 4 Notices to Correct (NTCs) and 18 citations/Administrative Notice of Violations (ANOVs) to the establishment. The most recent enforcement was in 2021."

Still, these owners are asking for quicker investigations that allow their stores to keep operating.

They plan to continue voicing those concerns, along with some aldermen, at next week's city council hearing.