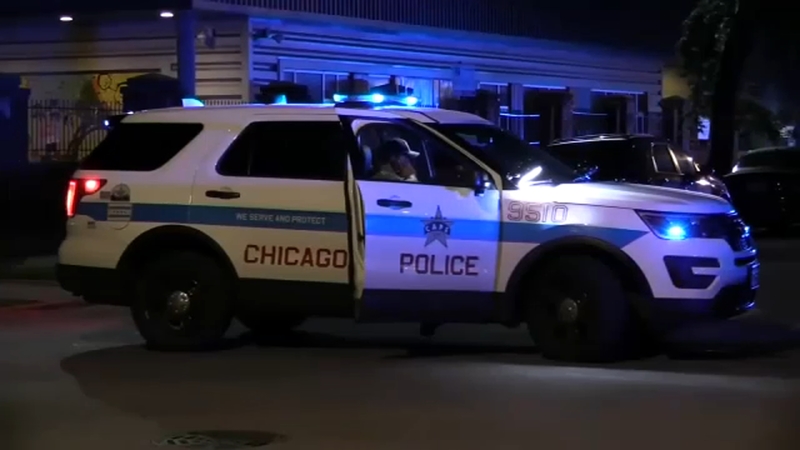 CHICAGO (WLS) -- Chicago's police superintendent is out with new strategies to fight skyrocketing violence and crime in the city.

A man dies after he's beaten during an altercation at an unauthorized New Year's Eve party, becoming the first murder victim in Chicago in the new year.

Anti-violence advocate Bamani Obedeli hopes the murder is not an indication of the crime to come in 2022.

During a Tuesday afternoon news conference, which followed a weekly briefing the mayor gets from Chicago Police Department officials, Lori Lightfoot wants the public to know Chicago will hopefully be a safer in the new year as her administration's new public safety goals in place.

According to CPD data, 2021 ended with 400 homicides cleared amid a year where there were close to 800 murders, some 12,000 guns taken off the streets, and a doubling in the number of officers added to the city's vehicular hijacking task force.

"You can't arrest your way out of this," Chicago Police Superintendent David Brown said.

Mayor Lori Lightfoot has laid out a plan to curb violence across Chicago in the new year but her proposal is getting some push back, the BGA said.

Despite those gains, crime continues to skyrocket in the city.

Just Tuesday morning, there was a carjacking in the West Loop where an armed robber pepper sprayed the driver. Around the same time, a gang of thieves targeted two high-end stores along the Gold Coast, getting away with what could be tens of thousands of dollars in merchandise from the Burberry and Moose Knuckles on Walton Street.

While both the mayor and the superintendent admit that it has been a tough year, there are those in the community who are concerned that if there isn't a different approach to Chicago's crime, this year won't look any different than the last.
Report a correction or typo
Related topics:
chicagolooplori lightfootchicago crimechicago police department
Copyright © 2022 WLS-TV. All Rights Reserved.
CHICAGO CRIME
Rideshare driver shot on I-290 on West Side
8 families of Chicago gun violence victims to gather to call for calm
ISP trooper, wife ID'd after found dead inside parked car: police
22 shot, 5 fatally, in Chicago weekend violence
TOP STORIES
ISP trooper, wife ID'd after found dead inside parked car: police
Cause of death revealed for 23-year-old woman found dead after date
US Rep. Marie Newman may have broken law: ethics office
Family continues to seek new leads in unsolved Naperville murder
TX Mom shares story of son's 'scary' battle with COVID complications
3 hurt in suburban sports bar shooting: Rolling Meadows police
Dad charged and fired from job after racist tirade posted on TikTok
Show More
WI Republicans to vote on tougher penalties for protesters
Indiana Dunes National Park to charge entry fee
Cold snap moves into Chicago area | warming centers available
Woman, 81, dies after Stony Island Park house fire, CPD and CFD say
FDA halts use of antibody drugs that don't work vs. omicron
More TOP STORIES News