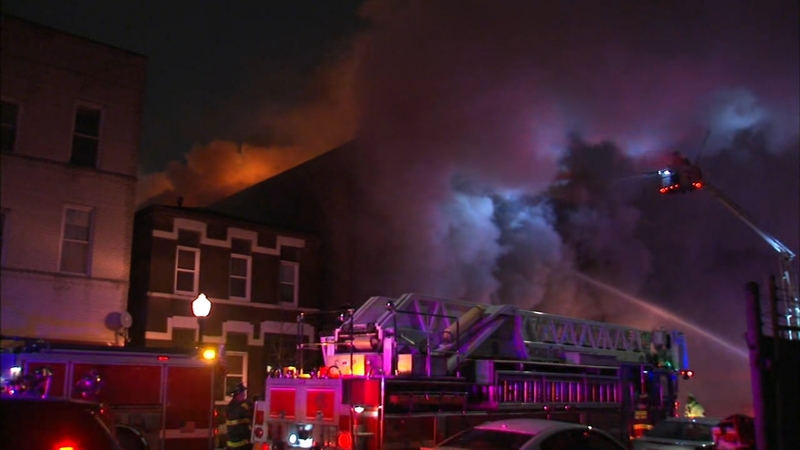 CHICAGO (WLS) -- A 90-year-old had to be hospitalized after a fire broke out in a Bridgeport building early Wednesday morning, Chicago fire officials said.

The fire broke out in the 500-block of West 26th Street sometime before 4 a.m.

Chicago fire officials tweeted that the 90-year-old had suffered smoke inhalation from an adjacent building and had to be taken to a nearby hospital.

CFD said just before 5:15 a.m. that five adults were displaced due to the blaze.

Large flames could still be seen on the building's roof and top floor after 5 a.m.

"It's a tough fire because it's located in the middle of the building," said Marc Ferman, deputy fire commissioner. "We've had some collapses throughout the interior, so we're not putting anybody inside, so it's tough to extinguish from the outside."