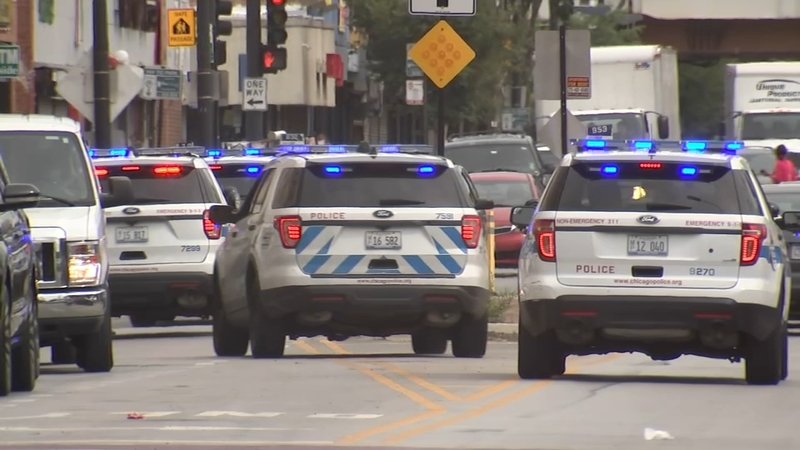 Training drills were conducted using looting as the scenario, although CPD did not give out any tactics.

"It's a chess game for criminals, so we don't want to give away our moves to the criminal elements so they can defeat what we are drilling for," CPD Supt. David Brown explained.

Chella Holcomb's Luv Handles party store in Chicagos' Bronzeville was destroyed after a fire spread to her business during Sunday's lootings.

Brown said the drill s not just about preventing looting, but being prepared to arrest looters, which he said was difficult at the end of May. Officers face criticism for allowing the looting to happen in some neighborhoods.

"It was not officers waiting and watching people loot, it was officers being violently attacked, waiting for cover and then making arrests," he said.

The 47th Street corridor between Cottage Grove and State Street was impacted by that late spring looting, and the Dollar Tree celebrated its grand reopening Thursday, finally repaired and restocked.

Bronzeville residents are cleaning up after days of looting and violence that left a local Mariano's with its shelves and pharmacy stripped.

"I was tired of seeing the boards, get it back together so people can do their essentially shopping and do what they need to do in the community," said Cornelus Myers, Dollar Tree cashier.

With Thursday's drill and 500 additional officers being deployed in the neighborhoods, Black-owned business owners, like Nataki Muhammad, hope being proactive will prevent 47th Street from any future destruction.

"We just pray 47th Street is revived, people understand these are community businesses that support people's families, that provide jobs for the community, so let's work together to rebuild Bronzeville instead of tearing it down," said Muhammad, who owns Shawn & Michelle's Homemade Ice Cream.