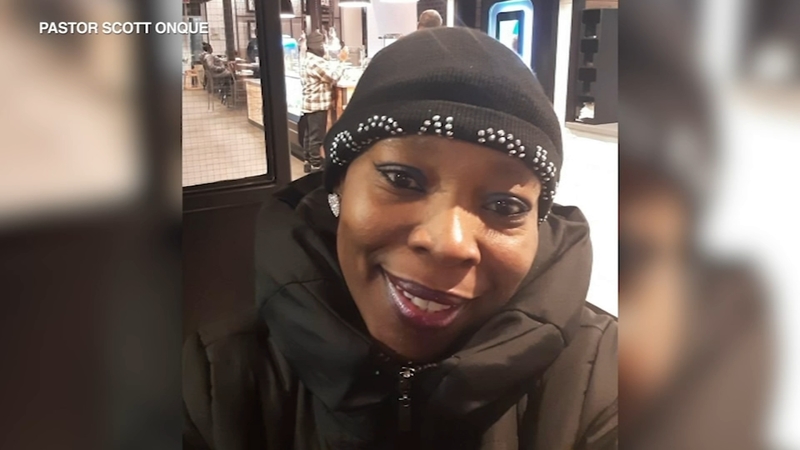 CHICAGO (WLS) -- A grandmother killed during a shootout between a security guard and another man in Bronzeville is being remembered by her devastated family.

Bobbye Johnson, 55, was moved by church and family, her loved ones said.

"If you met her you would just love her. Because her smile just radiated. She was just one of those people that when you met her, you could not not like her," said Scott Onque, St. Luke MB Church of Chicago.

Chicago police said a verbal altercation between a security guard and a man at a liquor store in the 200-block of East 35th Street turned violent Tuesday afternoon. The security guard pulled out a gun to return fire after being shot in the leg.

Witnesses said the guard kept firing as the unknown man fled. It is believed one of his bullets hit Johnson, who was at Chase Bank nearly a quarter of a mile away.

"This really got me," Onque said. "Because of the innocence of her. She was just doing banking business, taking care of the rent."

Even as he now ministers Johnson's family through their lost, Onque remembers her for her voice. Because of COVID she had been unable to sing in her beloved church choir for nearly two years, where her favorite songs were well known.

"One of the song is 'I want to thank you,' and she would deliver that song so well. She just loved the Lord, and the Lord would shine through her," Onque said. "I'm trying to help the family through this. This is going to be a very difficult time, so they're making arrangements today."

As arrangements are made to celebrate her life, it's not yet clear whether the security guard, who was hospitalized for his own injuries following the shooting, will face charges.