Witness begged Victor Brown to stop as he fired 'indiscriminately' down the street, prosecutors say
WLS
By Diane Pathieu and Mark Rivera 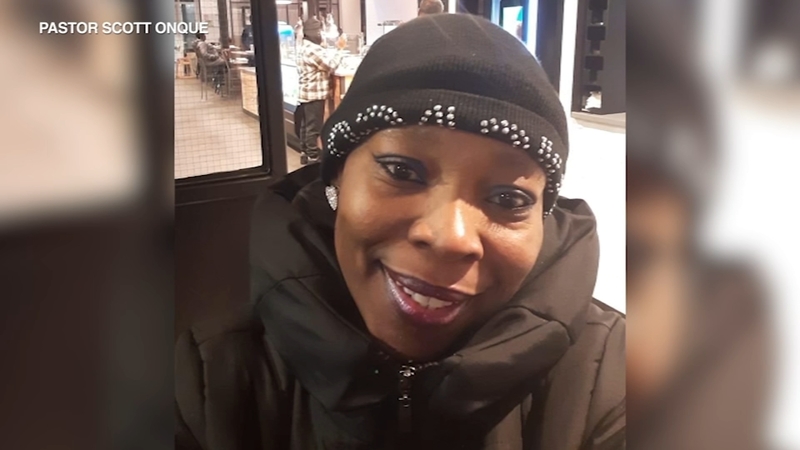 CHICAGO (WLS) -- A security guard wildly fired more than 20 rounds on a busy street without regard for who else could be hurt after he was shot in the leg during a confrontation with another man earlier this week, Cook County prosecutors said in court Friday.

Chicago police said there was a verbal altercation between Victor Brown, 34, who was working informally as a security guard Tuesday afternoon at a liquor store in the 200-block of East 35th Street and another man.

"It seems to be a very loose relationship that he was providing security for this business and not necessarily working for a firm," Chicago Police Supt. David Brown said.

Police said Brown exchanged words with a man, who then shot Brown, starting a chain reaction. Prosecutors said after Brown was shot, he went back inside the liquor store and grabbed the gun from a security guard, brought it out to the street and started firing indiscriminately.

Prosecutors said a nurse across the street at a bus stop was begging him to stop because of all the people outside.

Prosecutors said one of his bullets hit 55-year-old Bobbye Johnson, who was at a Chase Bank nearly a quarter of a mile away. Johnson was killed.

"Fifty-five years to have your life snatched from you to gun violence, that's not the way she wanted that to end," said her neice, Rocquel Hart.

At a press conference Friday morning, police said the security guard did not have his own weapon and took a gun from a licensed concealed carry holder.

Chicago police said a security guard charged in a shooting that killed a grandmother used a gun from a licensed concealed carry holder.

Brown was hospitalized for his injuries. Friday morning, police announced that Brown has been charged with murder and unlawful use of a weapon. A judge set his bond at $1 million.

Because Brown was still hospitalized with a gunshot wound to his thigh and did not attend the hearing, Judge Kelly McCarthy said state law did not allow her to hold him without bail.

McCarthy set another hearing for Brown on Monday for that bail to be reviewed - or revoked, if he's released from the hospital by then.

An assistant public defender for Brown said his client appeared to be defending himself when he opened fire about 4 p.m. that day on a busy stretch of 35th Street not far from Chicago police headquarters.

Brown had been shot first by a man who was a "known nuisance" and had previously been banned from the store where Brown worked as a security guard, the defense attorney said.

Brown was working as a guard at a liquor store and attached Jamaican jerk chicken restaurant when he saw the man leave the restaurant, Assistant State's Attorney James Murphy said.

Security video recorded Brown arguing with the man, who then put his fists in the air near his face as they drew closer together, Murphy said. The man then put his hands in his jacket and fired once through the pocket, striking Brown in the leg.

Brown fell to the ground as the man who shot him, known by his nickname "Renegade," ran off, Murphy said. The man was already a block away when Brown drew and fired a "starter pistol that contained only blank" rounds, Murphy said.

Another security guard with a permit to carry a concealed weapon, pulled his own gun but chose not to fire, "because there were too many bystanders around" and the man who shot Brown was too far away, Murphy said.

Brown then took that guard's gun and began shooting while lying on the ground, despite the man known as "Renegade" being blocks away by that time, Murphy said.

A nurse waiting at a nearby CTA bus shelter who saw the shooting unfold said she screamed at Brown to stop firing because the man he was targeting "was nowhere to be seen," Murphy said.

Brown, additionally faces an unlawful use of a weapon charge because, as a convicted felon, he is not allowed to possess a gun, Murphy said.

Brown's defense attorney argued that he was only in possession of a gun because the circumstances required him to use one.

Most of the cases were dropped, but he pleaded guilty to domestic battery in 2015 and armed robbery without a firearm in 2010. He was given 100 days in Cook County Jail on the first case, and six years in the Illinois Department of Corrections on the other.

The man known as "Renegade" was still not in custody as of Friday afternoon, according to police.

During a news conference at the time of the hearing, Police Supt. David Brown said detectives may release surveillance video of the shooting to identify him.

A source familiar with the video described Victor Brown's actions on the footage as "mind-boggling" in their recklessness and expressed amazement that more people weren't hurt.

The superintendent said it still wasn't clear if Victor Brown was employed by a security company at the time of the shooting, but said it instead appeared that he had "a very loose relationship" with the store to provide security.

A person who answered the phone at the restaurant Friday said a manager or owner was not immediately available to answer questions.

Johnson's daughter Carleeta said the charges bring them some relief, but nothing will bring back the loving mother and grandmother.

"I never thought I'd be over here having to say this about my mom being killed," Johnson said. "I will never heal from this, I will never."

Carleeta said her mother lit up the world.

"Very loving, very peaceful, very humble," Johnson said. "She helped anybody she could."

"If you met her you would just love her. Because her smile just radiated. She was just one of those people that when you met her, you could not not like her," said Scott Onque, St. Luke MB Church of Chicago.

Even as he now ministers Johnson's family through their lost, Onque remembers her for her voice. Because of COVID she had been unable to sing in her beloved church choir for nearly two years, where her favorite songs were well known.

"One of the song is 'I want to thank you,' and she would deliver that song so well. She just loved the Lord, and the Lord would shine through her," Onque said. "I'm trying to help the family through this. This is going to be a very difficult time, so they're making arrangements today."

As arrangements are made to celebrate her life, her family has set up a GoFundMe account for funeral expenses.