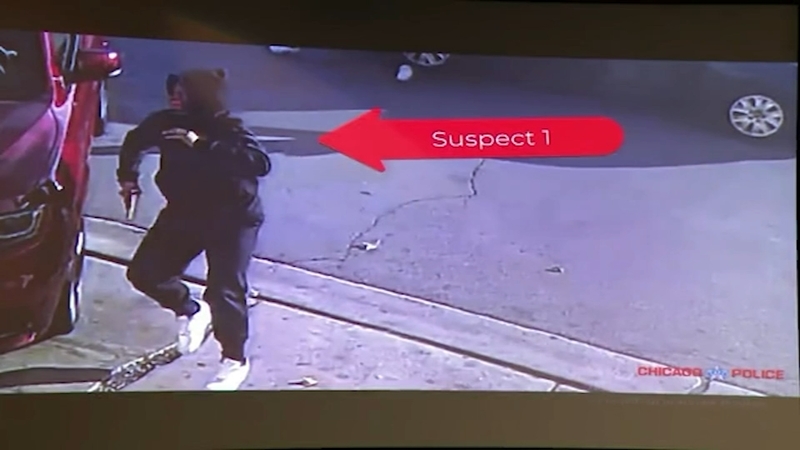 At a Monday afternoon news conference, police showed video from the popcorn shop showing the crime and the suspects in it. They encourage the public to slow the video down, look at it carefully, and to let them know if they recognize any of the suspects.

At least $34,000 is being offered as a reward for information leading to an arrest in the case.

Police said there are four suspects involved in the crime, though the driver of their car cannot be seen in the video because he never got out of the car. Police said the motive for the crime was carjacking, pure and simple.

"You saw three suspects exit the car," said Chief Brendan Deenihan. "We believe at least two of them discharged their weapons."

Police said Williams was making his regular visit to a Morgan Park popcorn shop when the father of four was murdered.

"Think about your father. What if this was your father?" said community activist Andrew Holmes.

"We just want justice for the family. Here it is, he was trying to get some popcorn and his life was taken over a vehicle," said Early Walker, founder of "I'm Telling, Don't Shoot."

I'm Telling, Don't Shoot raised an additional $10,000 in reward money Sunday, bringing the total reward offered for information leading to an arrest in Williams' death to $34,000.