CPD looking for group in Loop shooting that struck 2 bystanders

CHICAGO (WLS) -- Chicago police are asking for help identifying two men seen in photos and video in relation to a shooting in the Loop which struck two innocent bystanders nearby.

The shooting happened Sunday afternoon in an alley behind the Chicago Theatre. The shooting Sunday stemmed from a robbery during a drug deal at a Taco Bell in the 100 block of North Wabash Avenue around 5 p.m., according to Chicago police.

Video shows a male wearing a red, white and blue Phillies jacket and another wearing a Boston Red Sox hat and a black puffy coat entering the Taco Bell along with a third male.

Soon after, three more males enter the restaurant, approach the pair, then leave.

According to police, the two groups met there and someone "implied a weapon" and robbed the others.

Seconds later, the video shows the males in the Phillies jacket and black puffy coat running out after the others. 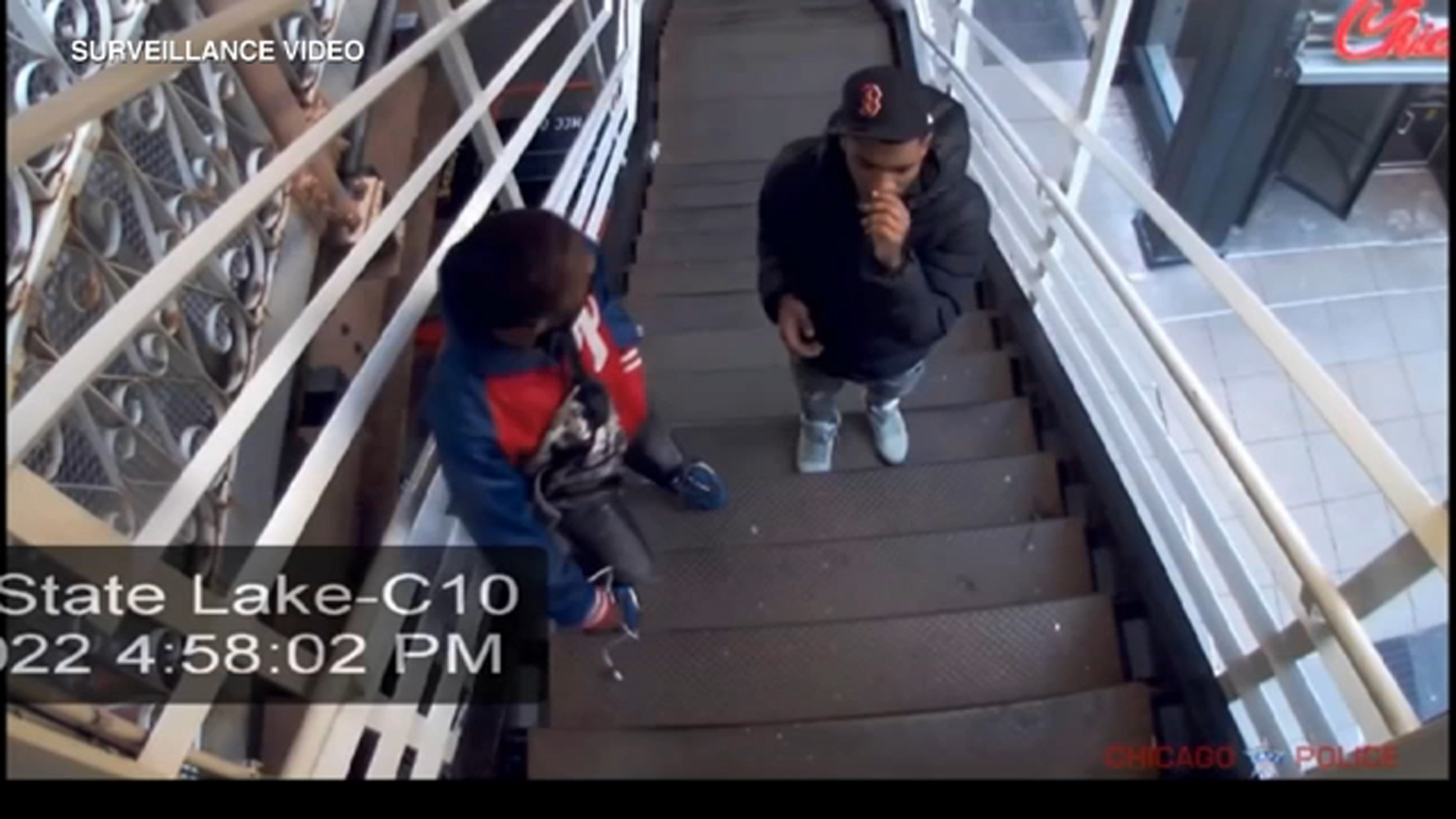 Detectives are currently seeking to Identify the above individuals in relation to a shooting in the Loop over the weekend.

"The people who were robbed took out a firearm and started discharging at the individuals who took something from them," Chief of Detectives Brendan Deenihan told reporters at a Monday news conference.

The victims chased the offenders, opening fire on them, but instead struck two bystanders who happened to be nearby, police said.

One of the victims is a 55-year-old son stagehand at the theater. He was on a break at the time he was shot in the ear. The other victim, a 27-year-old man, was shot in the hand, police said.

Hours later, Sunday's night performance of "Moulin Rouge!" was abruptly canceled, eve as people packed into nearby Nederlander Theatre and just as the curtain was about to go up.

"Some gentleman came out, and was visibly quite upset and shaken, and apologized that they were going to have to cancel that nights performance due to security concerns earlier that day in the Loop," said audience member, Shannon Gritzenbach.

The Local 2 Chicago Stagehand Union, releasing a statement that said:

"The safety of our members is a priority, as is the safety of our community. We are communicating, collaborating and coordinating with Chicago police to maximize resources both public and private to keep our workers, the public and our downtown safe."

If you have any information about these individuals or this incident, contact Area Three detectives at (312) 744-8263 or submit a tip anonymously at cdptip.com.