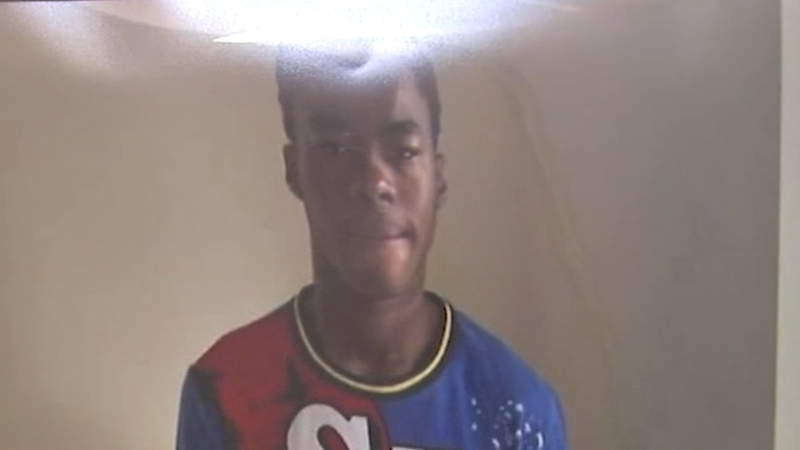 CHICAGO (WLS) -- A man is now charged with first-degree murder in the deaths of two teenagers who were shot and killed in July in the Chicago's North Lawndale neighborhood.

The two teens were cousins. The mother of one of the victims said she's heartbroken to spend the holiday without him.

A still grieving but grateful Brittany Benson spoke to ABC7 from her East Garfield Park home Wednesday, shortly after it was announced that 18-year-old Detrevion Williams had been charged with first-degree murder.

Williams is being held in connection with the death of Benson's son, 15-year-old Damarion Benson, and her cousin, 16-year-old Devion Wright last July.

"It gave me a sense of relief and of peace of mind," Benson said. "And I know him and my cousin a can go rest now."

Benson and Wright were both killed in a mass shooting that took place in the North Lawndale neighborhood on July 21. Investigators said Williams opened fire on them on the corner of Douglas Boulevard and Christiana Avenue. Three others were wounded in the same shooting.

"It's not enough that it's going to bring them back," Benson said. "But for my sanity, it's just that he's off the street. He won't harm no one else's child."

And as the family gets ready to celebrate their first Thanksgiving without him, Benson said having having Damarion's empty seat at the table will be especially hard.

"My mom normally cooks," Benson said. "Damarion is a character so he makes sure my mom fixes his plate first. Then he'll sit and eat and say Grandma, this the one right here grandma.