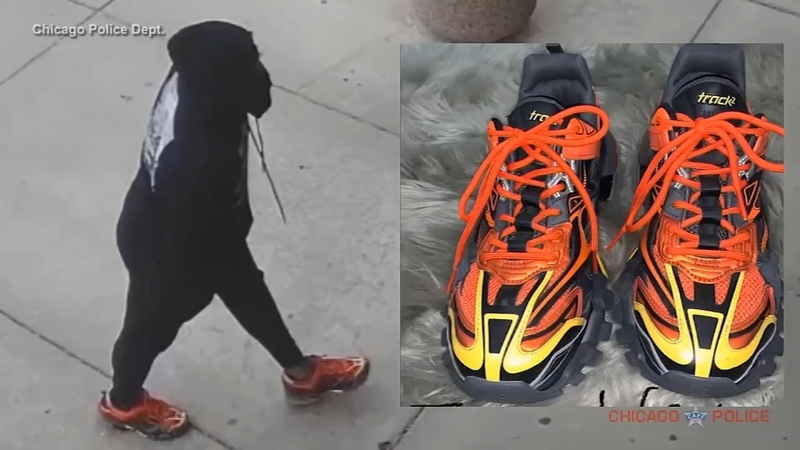 CHICAGO (WLS) -- Chicago police have released surveillance video of two suspected gunmen who ambushed an off-duty officer and shot him in the abdomen as he sat in his Jeep in the city's Calumet Heights neighborhood Monday.

In the video released Tuesday, the first man is seen wearing a bright orange tennis shoes and a black hooded sweatshirt with a bible verse on the front.

The second man walks in wearing a dark green coat and a white face mask.

Investigators said found the black 2020 Mitsubishi SUV the suspects were spotted driving during the shooting.

It was dumped in the 9100 block of South Williams Avenue on the South Side.

Brown said thanks to the quick actions of three female officers, he was able to get help quickly.

While the motive is unclear, CPD asked for the public's help in finding information Monday night.

If you have any information about this shooting of an off-duty Chicago Police officer, please contact @Area2Detectives at (312) 747-8271.

The wounded officer has been with the department for four years and works out of the 4th District. Brown described him as hard-working and well-liked by his colleagues.

"It's been an outpouring of offers," Brown said. "We really had to, really put the stop sign up because obviously people kept coming, kept coming."