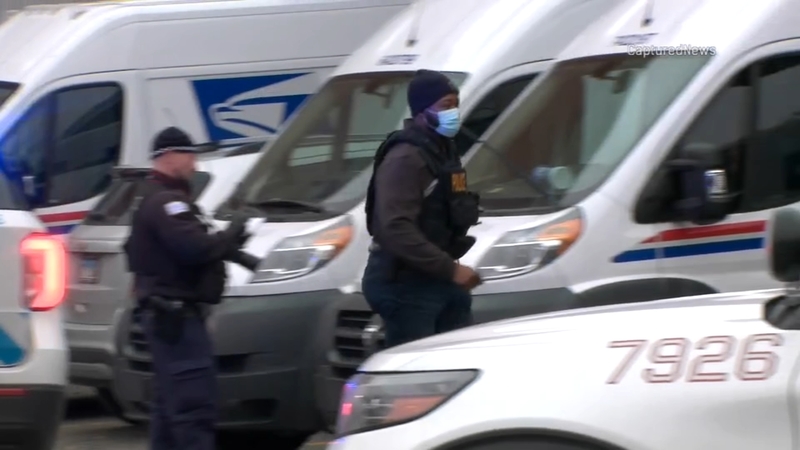 CHICAGO (WLS) -- Two people were hurt in a shooting outside a U.S. Post Office in West Roseland on Tuesday morning, Chicago police said.

Two 18-year-old men were walking through a parking lot on South State Street at 7:01 a.m. when they heard shots and felt pain, police said. One victim was shot in the lower leg and was dropped off at Roseland Hospital in fair condition. The second victim sustained a graze wound and refused medical services on the scene. No other injuries were reported.

Six vehicles in the lot were damaged, police said. At this time, preliminary information suggests neither the U.S. Postal Service nor its employees were the intended target of the shooting, said Chicago Division Postal Inspector Spencer Block.

An offender description is not available at this time and no one is in custody. Area Two detectives are investigating.