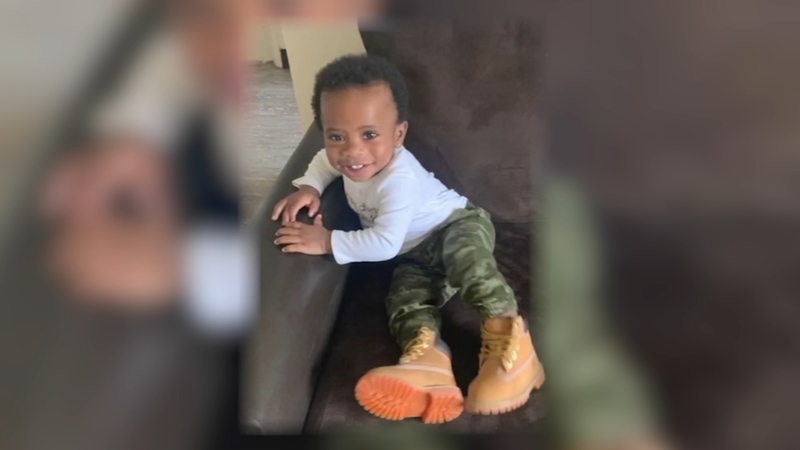 CHICAGO (WLS) -- Thursday would have been Sincere Gaston's second birthday, but the boy was shot and killed while riding in a car with his mother in Chicago's Englewood neighborhood in June.

A private memorial was held in his memory, as his family calls for justice in his unsolved shooting death.

Yasmine Miller has mastered a balancing act familiar to any mother, arms full of all the makings of a young child's birthday celebration.

"I got pictures printed out. I got Spiderman, Mickey Mouse and Baby Shark," she said.

All things Miller said her son, Gaston, would have erupted in joy to see.

Miller shared past treasured moments between mother and son.

"My baby loved to dance; he was such a happy baby, like you never seen like him," Miller said.

The only one Gaston would celebrate alive.

"We're just going to sing happy birthday, and, you know, as if he was still here because I know he is still right here," Miller said.

Gaston would have turned 2 Thursday, but the 1 year old died after a stray bullet hit him while he was riding in a car with Miller this past June.

"He's supposed to be here but he's not," Miller said. "He's just a baby; he didn't deserve this!"

Miller and her family are still living with the trauma, finding small comfort looking at photos of this beloved little boy with a big smile.

"He made me, like, such a greater person, like, I became just the best mom; I did everything that I could do for him. Everything I could do I did it," she said.

There is still one last thing Miller said she'd like to do for her son and that's to find the person who killed him.

"I don't want him on the streets anymore because I don't want another baby be hurt like my baby was hurt. I don't! Just please say something," she said.