The meeting comes after 3 violent crimes involving U of C students, including the slaying of a 24-year-old Shaoxiong Zheng
WLS
By Evelyn Holmes 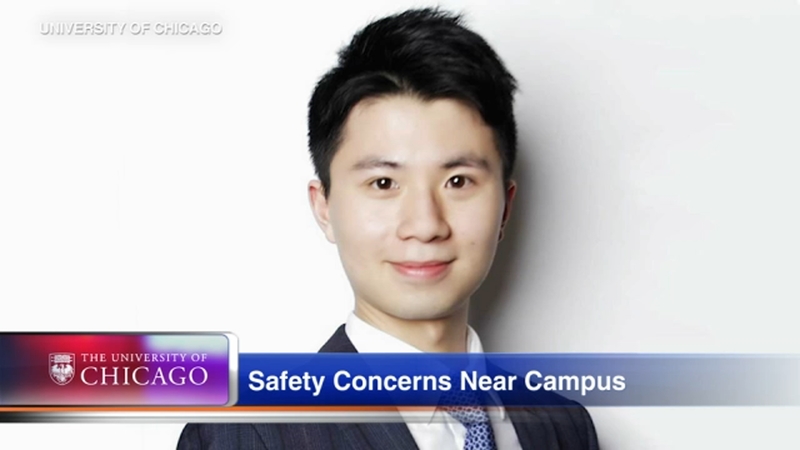 CHICAGO (WLS) -- The roundtable discussion could be the first of many to put a focus on public safety on Chicago's South Side.

'This was a meeting where people brought solutions to the table. It wasn't a complaint session," said Ghian Forman with Emerald South Economic Collaborative.

Forman was one of more than a dozen community leaders and key stakeholders who attended the Saturday morning meeting joined by Chicago Mayor Lori Lightfoot and Chicago Police Superintendent David Brown.

"We are seeing the manifestation of decades of disinvestment in Black and Brown neighborhoods in our city,' the mayor said. "There's no question about it, exacerbated by a pandemic that infected the entire ecosystem of public safety."

The group talked about how to address a spike in violence in the Hyde Park, Kenwood, and Woodlawn neighborhoods.

"I really believe there are more good people than not," said Karen Freeman-Wilson, CEO of Chicago Urban League. "So if the community bands together, if the community works with law enforcement."

The meeting comes after three violent crimes involving University of Chicago students, including the slaying of a 24-year-old U of C graduate who was killed during a robbery last week. Charges have been filed in that case.

Although both short and long-term solutions are still in the works, for now, CPD has pledged to increase patrols in the area, better coordinate with area law enforcement, and enhance the use of crime-fighting technology.

The city's top cop blames the recent spike in crime on too many guns in the hands of violent people, as well as economic disparities made worse by the pandemic.

"We need more serious consequences for violence people would be, number one, but I think the wrap-around services are also part of it," Brown said.

Still, some Hyde Park residents and other South Siders, like Michael Birchette, are refusing to let the violence keep them from enjoying their neighborhood.

"I ride my bike up and down the street. I shop on the street," he said.