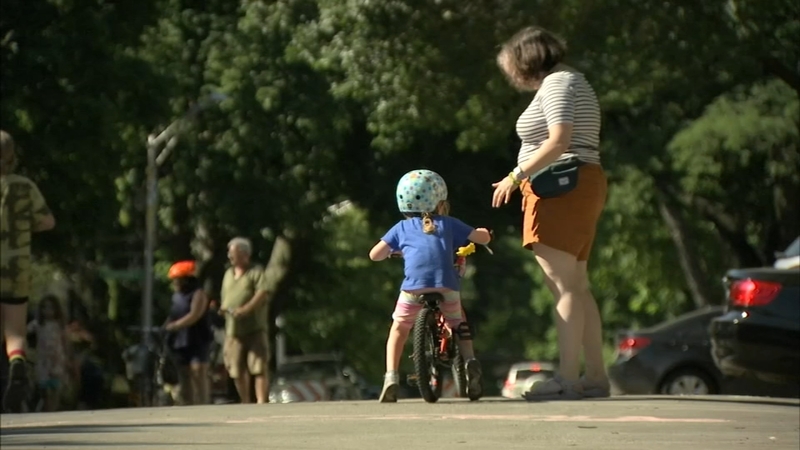 47th Ward Alderman Matt Martin joined neighbors to host the block party and honor the inspiration behind the new ordinance he introduced in City Hall Wednesday. The event was held just blocks from where Cardenas was struck and killed by a driver while he rode his scooter.

"The idea is to be able to come together rand really mourn Rafi Cardenas," he said.

"Rafi was just a beautiful boy, so sweet and full of energy, full of love and curiosity," Aubrey Nieves said.

The parents attending the block party said these senseless deaths emphasize the basic need for safety for pedestrians, children, and bikers on Chicago's streets.

Activists have long said the tragedies are avoidable, but only if city leaders make what they call life-saving changes, including integrating safety into infrastructure.

"When we do arterial resurfacing, so when we're really grinding up our streets, our bigger streets like Montrose, we're doing soon, Lincoln, that is part of that process. CDOT looks at every single intersection," Ald. Martin said.