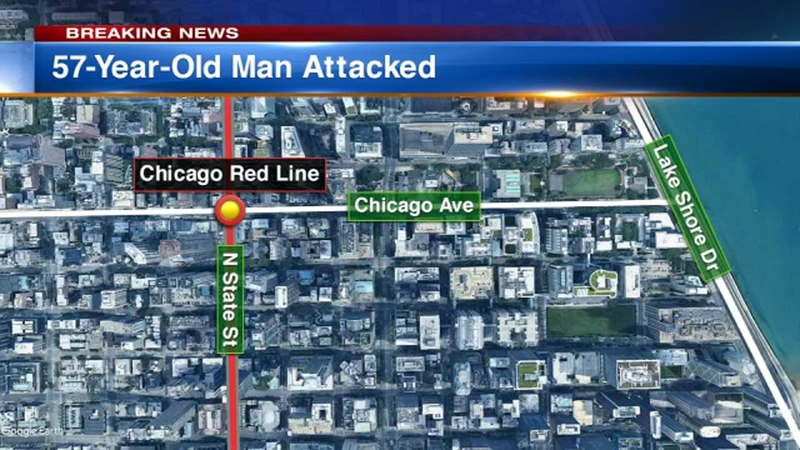 CHICAGO (WLS) -- A 57-year-old man was hit on the head and robbed while riding a CTA Red Line train on the Near North Side early Monday morning, Chicago police said.

The man was on the train about 3:30 a.m. near the Chicago station when someone walked up to him, hit him on the head with a bottle and stole his wallet and money, according to CPD.

The man suffered a cut on top of his head and was taken to Northwestern Memorial Hospital in good condition.

RELATED: South Loop safety meeting zeros in on CTA crime, which is up compared to last year

Chicago police did not immediately provide any information about a possible suspect.

CTA riders and South Loop residents held a meeting last week to express their concern about an increase in crime on the transit system so far this year.