Same Walgreens targeted by robber armed with knife earlier this week, police say
WLS
By Will Jones and Jesse Kirsch 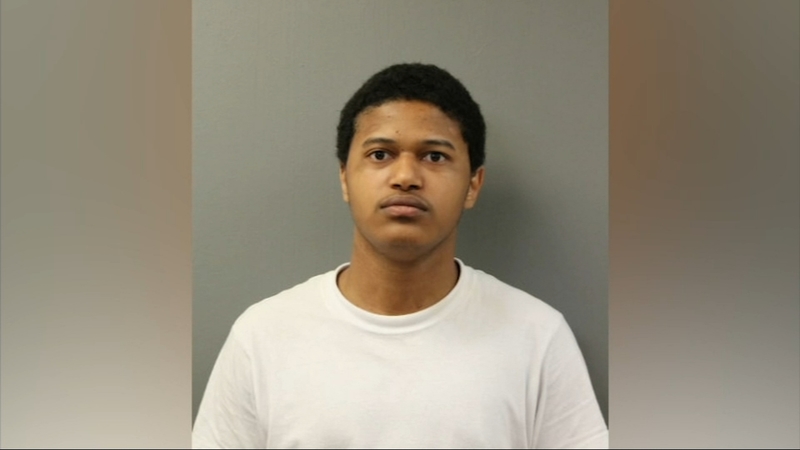 No bond for man charged in Wicker Park Walgreens stabbing

CHICAGO (WLS) -- A Chicago man charged with murder in the stabbing death of an employee inside a Wicker Park Walgreens appeared in court virtually Wednesday, where he was denied bond

Prosecutors said 18-year-old Sincere Williams was wearing two sets of clothes when he walked into the Walgreens at 1372 N. Milwaukee Ave. just after 9:30 a.m. Sunday and stabbed employee Olga Calderon 10 times with a knife.

He allegedly took off the extra clothing after leaving the store. Calderon was pronounced dead inside the Walgreens.

Police said co-workers discovered the 32-year-old dead in a pool of blood just before 10 a.m. Sunday.

There were no eyewitnesses, according to detectives. But detectives went through 30 minutes of surveillance video, tracking William's steps before and after the stabbing, prosecutors said.

Prosecutors said his mother later drove him to the hospital to be treated for an injury to his left hand that happened during the stabbing. Prosecutors assume robbery was the motive, but can't be certain; nothing was taken from the store. They said "sometimes people just do evil things."

"One of my best friends in the world works at a Walgreens and I am always afraid for her, now even more so," said customer Leandra Czech. "There is just too many crazy people out there and it is just ridiculous and this should never had happened."

"I am scared to go anywhere. I don't take my son anywhere. You never know, anywhere you go anything can happen," said Stephanie Burke, Chicago resident.

Williams has been charged with one felony count of first-degree murder. His attorney said Williams suffers from schizophrenia and seizures.

Police believe Williams is also responsible for an earlier robbery at this same Walgreens and at another location, possibly with the same knife and mask he allegedly used Sunday.

Police don't believe Calderon was targeted for any reason. They said she was just a young working mother trying to make a living who never made it home to her family.

Crisis responder Andrew Holmes said Calderon is the mother of a 3-year-old boy and an 11-year-old girl. Her family is struggling to come to grips with the loss.

Walgreens said extra security was in place as the store reopened Wednesday morning.

A makeshift memorial outside the store continues to grow for Calderon. People bringing flowers, candles and balloons. Customers describe Calderon as pleasant and courteous.